This kindhearted woman hailed as an “inspiration” for spending over 1.7 million GBP on saving stray animals has died of cancer.

Lee Siew Ying, 66, founded the Mettacats and Dogs Sanctuary in the city-state of Singapore in 1999 to take in the cities stray cats and dogs.

Local media report the caring woman had spent over 3 million SGD (1.7 million GBP) over her 20 years to care for and feed the animals.

She set up the shelter after taking in around 20 stray cats in her small flat and needing more space to take in more. The shelter grew and held up to 500 cats and 120 dogs at a time.

Many of the animals had been injured, abused or abandoned. They were given shelter and food, the cost of which was up to 16,000 SGD (9,068 GBP) a month.

Ying was was diagnosed with stage four stomach cancer in April 2019 and has now passed away. At her wake, the sanctuary asked for donation to be sent rather than wreaths.

The President of Voices for Animals Derrick Tan said: “She is an inspiration. Now that she is gone, I believe all the animals that she had helped and rescued that had gone over the rainbow bridge are all lining up to receive her.”

Her son Terry, 37, has been entrusted with the shelter after her death. 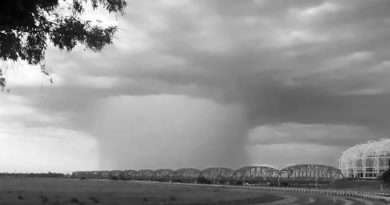 COVID Fears Mum Kills Self After Son Returns From UK