Researchers at a Swiss university who have reconstructed the oceans’ mean temperatures over the last 700,000 years for the first time using ice core samples claim to have uncovered the vital role the oceans play in absorbing heat.

Scientists from the Oeschger Centre for Climate Change Research at the University of Bern in the Swiss capital Bern said the new data helps them better understand the planet’s climate system.

Using ice core from the Antarctic, a research group led by Swiss climate researcher Hubertus Fischer reviewed the maximum and minimum ocean temperatures over the past 700,000 years.

Mean ocean temperatures were observed to be very similar over the last seven ice ages and were about 3.3 centigrade cooler than the pre-industrial reference period.

However, even in warmer periods around 450,000 years ago, the mean ocean temperatures were around 1.6 degrees below the current geological epoch the Holocene, while carbon dioxide concentrations were lower than now despite similar solar radiation.

Fischer said: “To understand how the climate system’s heat balance is changing, we have to understand the ocean first and foremost.”

The lead scientist said that “93 percent of the additional heat that humans accumulate by increasing greenhouse gases is currently stored in the ocean rather than in the atmosphere.

“This means that without the ocean’s heat uptake, the temperature increase measured on land due to human-induced climate change would be significantly greater.”

The international Argo project has been continuously measuring ocean temperatures at depths of up to 2,000 metres since 2000.

According to the lead scientist, the fact that they “only need a single polar ice sample for our mean ocean temperature measurement” makes their approach even more fascinating.

He added: “Of course we are nowhere near the accuracy of Argo, but conversely we can look far back into the past.”

Fischer said: “The prerequisite for this method are high-precision measurements using a dynamic mass spectrometer, which were made possible by the great efforts of several doctoral students and postdocs involved in the publication.”

The results were published in the peer-reviewed journal Climate of the Past.

In 2008, the same group of scientists demonstrated how the concentration of carbon dioxide in the atmosphere has changed over the past 800,000 years. 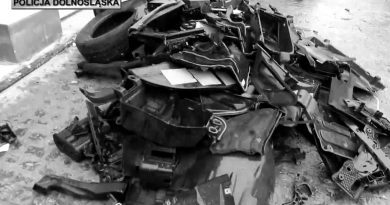 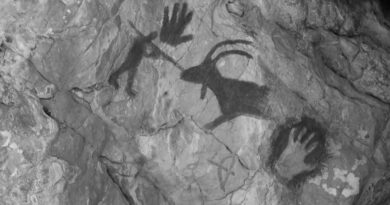