The New York nurse who burst into tears after walking into a ward only to find dead patients says she is worried about losing her job after her moving posting went viral.

D’neil Schmall, 35, is an emergency room intensive care unit (EM ICU) nurse who is one of those fighting the coronavirus on the front line in New York.

Ms Schmall recorded a video of herself breaking down in tears in her hotel room at the end of a long shift and after delivering news to multiple families of the deaths of patients in her care. She said that after finally falling asleep she went to delete the video when she woke up the next day, only to find it had gone viral.

In the clip, she says: “I am an ER ICU nurse currently in New York working a rapid response for COVID and, today was a very rough day, a real rough day.

“I just feel there is so much anyone can take. I’m tired of walking into rooms, and your patients are dead.”

She added: “You just walk into a room, and there’s a dead body there.”

The post gathered millions of views which she said left her ‘speechless’, but added that she feared now losing her job.

Yesterday she said: “I was so scared I was gonna lose my contract at my current hospital for posting this video. Which is still a possibility!!?? But now I feel a little protected. Thank you world.”

She added: “… to all my Nurses, Police officers, Residents, Mid-levels, Tech’s, healthcare workers, Doctors, ALL Civil service industry workers. We should use this as a platform for change.”

Despite working long hours in the ICU, she is also volunteering to help out elsewhere, and posted a video in which she talks about how difficult it was to volunteer to help out at the “Samaritan’s purse” Field Hospital in New York.

She starts a video by saying: “I promise, no crying this time.” She said she had turned up at the Samaritans purse project with all her own gear, but was told that the rules were that she had to fill in an application form. She then went on to say thanks to everybody for all the support.

Writing to supporters she added: “. . . my inbox has been flooded with supportive emails comments text from everywhere. I’ve never been so isolated and far away from my family and Loved ones (in distance). And felt SO MUCH LOVE . I want to send a big Thank you everyone from the bottom of my heart. You will never know how much it means. Thank you!!

She also apologised to the many media organisations and people that contacted her saying that she is unable to reply as she is too busy with her work as a nurse and volunteering.

Ms Schmall moved to New York on 30th March to help tackle the pandemic, and in her moving video said that if her experience was anything to go by, hospitals should bring in councillors as the nurses needed to be fit to care for the people in their charge.

“Some of them, bless their souls, can’t do anything for themselves. How can I take care of 14 people when I have one tech and they have 30 patients. It’s so bad here you guys.”

And she concluded: “I know, who cares about what we feel, it’s what we signed up for right?”

The eight minute video that was posted on 7th April details her daily work in “Central Tent-City Hospital” and has seen many people offering messages of support.

Posting a caption to the video she said: “After 4-5hrs sleep, We’re walking 8-11 miles in a 13-15hrs shift. 5–7 days a week. Only 2 water breaks. The Majority of our PPE is made out of plastic-like wearing a sweat suit all day. Assignments of 10-16 patients per nurse.”

She said the video was completely unedited and posted after the worst shift that she had ever had and that posting it had made her feel a lot better saying: “Venting was actually cathartic for me.”

She added: “I only posted it because I feel like people should know what we’re going through here. I love my job I LOVE what I do! I’m not LEAVING! But that doesn’t mean front liners aren’t human and won’t be emotions about this experience as well.”

According to her Facebook profile she has been a “proud nurse” for many years. She set off to NY shortly after a planned trip to Australia to help the Red Cross disaster relief team in bush fire areas.

She was previously an amateur bodybuilder last known to have competed in 2016 when she took part in an Arnold Amateur International Bodybuilding contest and also the NPC Riptide Classic.

It is believed she stopped competing some years ago in order to focus on her nursing career. 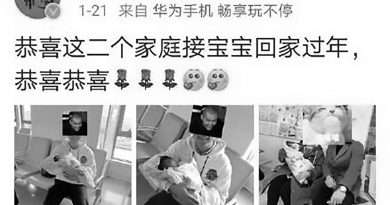 China Investigates After 400 Babies Given To Gay Couples 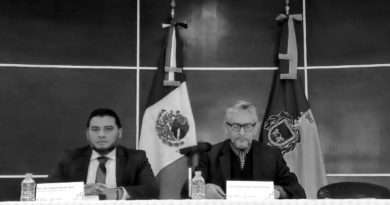 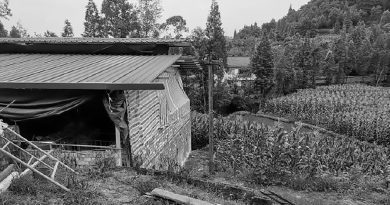 Family Of 4 Suffocate From Toxic Poo Gas On Pig Farm