The French army has denied that it had any cases of athletes who were contaminated by COVID-19 as early as October at the World Military Games but an infectious disease expert says the theory is “completely plausible”.

Reacting to the revelations from numerous French athletes that they returned from the World Military Games in Wuhan at the end of October with a mystery illness, the French Ministry of the Armed Forces is quoted in French media as saying that “the epidemic linked to COVID-19 was not known at the time.”

They added that the French delegation, made up of 406 people including 281 athletes “benefited from medical checks before and during the games with a dedicated medical team made up of about 20 people. There was not, in the French delegation at the JMME [ed: jeux militaires mondiaux d’ete; the Summer World Military Games], any declared cases with the army health service of flu or of hospitalisations during and after returning from the JMME that could be linked, after the fact, to cases of COVID-19.”

Athletes at the World Military Games in coronavirus epicentre Wuhan last October had been quoted in French media as speculating that they may have brought the virus back home with them, making international headlines.

This revelation came after it was discovered that a Frenchman, Amirouche Hammar, 43, had been infected with the coronavirus in the Paris region as early as 27th December.

French media reported that investigations into the origins of the COVID-19 virus revealed there is a possibility it emerged in Wuhan as early as October 2019 when the games took place.

A French delegation took part in the 7th edition of the World Military Games in Wuhan from 18th to 27th October 2019 – just 20 days before the first Chinese person officially became ill with coronavirus – with 402 athletes present, along with 10,000 other athletes from all over the world.

According to French news channel BFMTV, a number of athletes returned to France with unusual symptoms, including fevers and body aches.

According to the news channel, none of the returning athletes was tested and the French Army who were responsible for organising their athletes at the military games reportedly confirmed that they had not wanted to test any athletes either.

Doctors had already speculated that the virus might have been making its way around before even December, in November or even in October, and the latest revelations seem to underscore that.

BFMTV quotes one athlete, who preferred to remain anonymous, as saying that he originally thought he had simply caught a cold.

However, when news began to emerge of an epidemic in Wuhan, many athletes on a WhatsApp group reportedly began to openly wonder if it was possible that they had contracted the disease too.

Now that it has been revealed that Amirouche Hammar in France had the coronavirus back in December, closer attention is being paid to what these athletes have said.

Local media notes that Elodie Clouvel, a world champion modern pentathlete, was asked on local TV channel Television Loire 7 on 25th March if she was worried about the prospect of potentially having to spend the summer in Japan for the Olympics.

She replied: “No because I think that with Velentin [ed: Belaud, her partner, also a pentathlete] we have already had the coronavirus, well the COVID-19.”

The 31-year-old went on: “We were in Wuhan for the World Military Games at the end of October. And afterwards, we all fell ill. Valentin missed three days of training. Me, I was sick too. […] I had things I had never had before. We weren’t particularly worried because no one was talking about it yet.”

She added: “A lot of athletes at the World Military Games were very ill. We were recently in touch with a military doctor who told us: ‘I think you had it because a lot of people from this delegation were ill.'”

Local media report that since she spoke up on 25th March, many athletes have been asked not to answer questions from journalists and to refer media enquiries to the head of communication of the French armies.

According to French media, athletes who were in Wuhan reportedly received telephone calls from the army a few weeks ago to reassure them. One of these athletes, who also preferred to remain anonymous, is quoted as saying: “We were told: there is no risk, you left on 28th October and the virus arrived on 1st November.”

French media report that sick athletes were also noted in some other delegations, including the Swedish delegation, with people returning to Sweden with strong fevers.

But some athletes are sceptical, with Aloise Ratornaz, silver medallist in sailing, telling Ouest-France: “I do not think there were any significant risks of being infected. We lived in isolation during these world games. We had a whole village just for the athletes.”

She added: “We had a restaurant for the athletes where all the food was completely filtered, controlled, in a completely sanitised atmosphere.”

Nonetheless, this confined atmosphere was reported by other delegations, including the Luxembourg one, with Lieutenant-Colonel Richard Rohen quoted in the daily Luxembourg newspaper l’Essentiel as saying on 30th April that he saw “60 to 80 cranes not working”, “a motorway almost entirely reserved for the athletes”, and speaking of there being “a sort of isolation around athletic venues.”

And for Professor Eric Caumes, an infectious and tropical disease specialist at the Pitie-Salpetriere hospital in Paris, the theory that athletes participating in the World Military Games in Wuhan were contaminated with COVID-19 is “completely plausible.”

Despite the French army strenuously contesting the allegations, Caumes has subsequently been quoted in French media as saying that “the characterisitics of the illness and the symptoms that have been described” by the athletes “make one think that it is COVID-19.”

Caumes added: “You saw that in France, we had our first official case end January. Then a few days ago, we realised that the first French case actually appeared at the end of December at the Bondy hospital. And we will no doubt find other cases from December.

“So I’m not very surprised that exactly the same thing happened in Wuhan. The first official case was identified in late December in China. But in fact, it is entirely possible that the virus was already circulating in the background, and that cases actually appeared in the preceding four to six weeks, or even eight weeks.

“What the athletes who participated in these Military Games describe, it must obviously be scientifically confirmed. But it will be fairly easy to do since there is now a serological test which allows a retrospective diagnosis of the disease. If these athletes test positive, it is very likely that they caught the new coronavirus in Wuhan.” 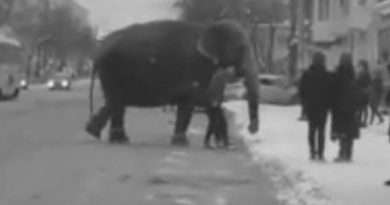 Circus Elephant Rolls In Snow In Minus 5 Russian Winter 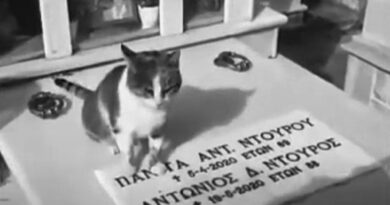 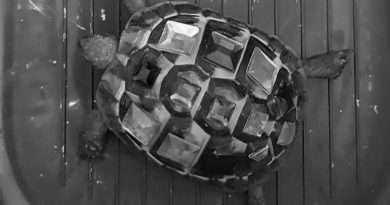