This woman with a disfigured face caused by a rare syndrome was refused a ride in taxi cab when the driver saw her face and drove off.

Russian woman Valentina Rosenbach from the oil-rich city of Tyumen in central Russia has been suffering from the rare Brooke-Spiegler syndrome since a young age.

Russian media report that when Valentina was about to get in her car, the taxi driver objected to her appearance.

Valentina said: “Everything was going fine. I called a taxi, and it got here on time. As soon as I reached the door of a passenger seat and opened it, the driver started looking at me with bewildered eyes.

“He said that he wouldn’t drive me and asked to close the door. Then he left.”

The woman says that she has immediately reported the incident to the offices of Poekhali Taxi Company.

“The woman in dispatch didn’t know about my situation (my look) and has suggested ordering another car. I agreed, and got into another vehicle without any problems.”

While in the second car she has left an official complaint but hasn’t heard back yet.

She added: “I was shocked. Yes, it might have been rather rude but the driver could have asked me if my disease was contagious. I feel really bad for all the people who are in the same situation as I am. They are forced to hide away, stay at home and barely walk in daylight, simply because you never know how people might react on you.”

She said treatement is expensoive however, Valentina has already scheduled a surgery aimed at improving her life in the near future.

While many online commentators were compassionate about Valentina’s situation, some took the side of the taxi driver.

Netizen ‘Konstantin Ermolov’ said: “To be honest, I would have done the same as this man. And if I saw her around me, I would try to avoid walking close to her.”

While ‘Mansur Shafiguli’ added: “I feel bad for her. It must be really hard for her to live with such syndrome.“

Cow Kills Farmer Who Tried To Take Away Newborn Calf 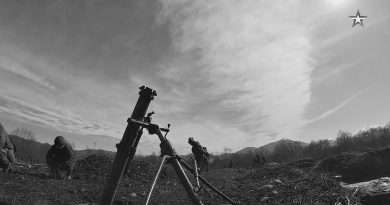 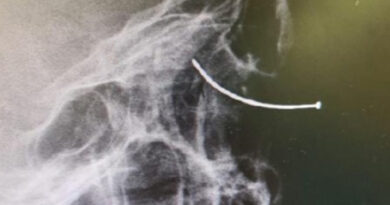