A teenager has been arrested for drink-driving after his ‘intelligent’ car phoned the cops when he crashed into a tree outside his girlfriend’s house and fled the scene by going inside.

The teenager decided not to raise the alarm after the accident in the district of Nuebbel in the German province of Schleswig-Holstein just before midnight.

He had been travelling along a remote country road and apparently believed nobody had seen the accident, deciding to simply to continue on foot to his girlfriend’s house as she lived nearby.

However, he seemed unaware that all new cars have to be fitted with the automatic emergency phone system eCall and as a result the car called police and an ambulance.

eCall automatically makes a free emergency call if a vehicle is involved in a serious road accident and it is now also compulsory in the UK.

When police turned up, they quickly tracked the man down to the nearby house where he was found to be drunk and more than twice over the legal limit, according to a statement released by the police.

He reportedly admitted he had been driving the car while drunk and police confiscated his licence, which he had only had for a month, for endangering other road users and for drink-driving.

Police said the young man was unharmed following the accident but the car, which belongs to one of his family members, suffered around 10,000 EUR (8,600 GBP) worth of damage. 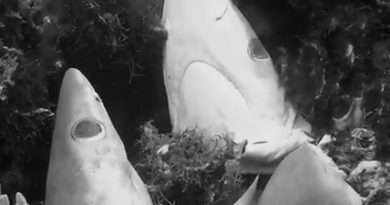 Heads And Fins Of Dead Sharks Found In Coral Reef 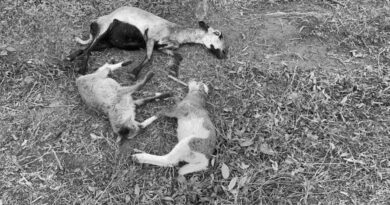