This is the moment Russia’s Northern Fleet fires nuclear-capable ‘dagger’ missiles into the sky during war games near the Arctic Ocean.

According to reports, the Northern Fleet of the Russian Navy carried out tests of their nuclear-capable air-launched ballistic missile, the Kh-47M2 Kinzhal just north of the Barents Sea.

‘Kinzhal’ means dagger in Russian, and the missiles which for the tests did not have nuclear warheads, according to reports, have a range of some 2,000 kilometres at an incredible MACH 10, and the ability to evade attack in order to target US and NATO warships and NATO missile defence systems.

The Russians claim it so advanced that it can invade any known or planned US air or missile defence system including Terminal High Altitude Area Defence, the MIM-104 Patriot and Aegis Combat System.

The trials on the Barents Sea located off the northern coasts of Norway and Russia were in territorial waters shared by the two countries. The tests were reportedly carried out near the Russian archipelago of Franz Josef Land located in the Arctic Ocean which is only inhabited by military personnel.

According to the Russian Ministry of Defence, the Russian destroyer Vice-Admiral Kulakov and the Ropucha-class landing ships the Alexander Otrakovsky and the Kondopoga took part in the exercises.

As well as the ‘dagger’ missile launches, the footage reportedly features an AK-630 automatic naval close-in weapon system that has a a six-barreled 30 mm rotary cannon, an AK-100 naval cannon that has a maximum rate of fire of 60 rounds per minute, and an AK-725 57-mm naval gun used for attacking air or surface targets.

The Ministry of Defence of the Russian Federation posted the clip on social media where it has been seen 120,000 times.

And ‘Sasha Georgievsky’ said: “Cool, the Russians are coming!”

While ‘Yuri Gennadevich L’ wrote: “There’s life in the old Russian dog yet!” 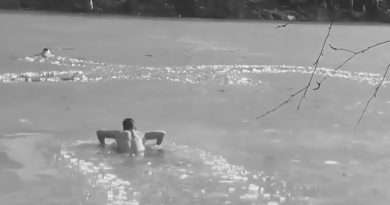 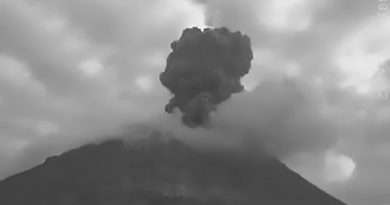 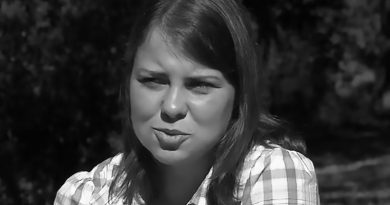