Healthcare workers protesting their working conditions at a hospital in Paris have been fined by police for breaking social distancing rules.

The incident took place at the Robert Debre hospital in the French capital Paris, which has already seen a number of protests over the last few weeks.

Over 400 people, according to reports, gathered to protest the situation and 50 of them were fined, while three were arrested for the protest in front of the hospital.

The protesters are asking for better funding and working conditions, and for pay rises, with local media saying that the hospital has financial problems.

The protesters said they wanted “beds and cash for the public hospital” (‘lits et du fric pour l’hopital public’ in French). Some politicians were also present, including MP Eric Coquerel and the communist senator Pierre Laurent.

The police said that the protesters were not following social distancing.

They asked the protesters to disperse and when their requests were met with refusal, they started handing out 135-EUR (120-GBP) fines.

According to French newspaper France Info, the Robert Debre hospital was already in a difficult financial situation before the COVID-19 pandemic, but the crisis has reportedly exacerbated the situation.

Other media outlets report that the protesters made speeches saying they are being overworked and are afraid of being infected with the coronavirus and of passing it on to others.

While the rest of the country’s lockdown measures have been relaxed over May, Paris is still the subject of strong protocols.

On Wednesday, a similar protest took place at the Casanova hospital in the St Denis suburb of the French capital. Union representative Stephane Degl’Innoncenti said: “We will not be contented with their medals, with their [COVID-19 financial] bonus, or with what the hospital was like before the coronavirus health crisis.”

Last week, French doctors also marched outside the Robert Debre hospital in Paris to protest their working conditions while slamming the government for its “empty promises” and saying “we don’t want your medals”.

That protest, which according to reports involved about 200 people, saw healthcare workers chanting slogans, holding up banners and banging on pots and pans.

Cherine Benzouid, a paediatric cardiologist at the hospital, said: “Things have not changed. We are returning to the world before the crisis, only it’s worse. There are less and less beds. We must stop this. You’ve got to add beds, stop saving money with public hospitals, and reassess the lowest wages.”

She added: “We don’t want their medals, we are not heroes. We are workers, we want to work in good conditions. And our demands need to be heard: Stop taking beds away and hire to match the needs [of hospitals].”

Their rejection of medals is a reference to the fact that the French government is revamping an 1884 ‘medal of honour’ first used to reward those fighting a cholera epidemic so that it can be awarded to healthcare workers who fought in the coronavirus pandemic.

The Medal of honour of epidemics (‘Medaille d’honneur des epidemies’ in French) was first awarded in 1885 after being set up in 1884 to honour those who fought the country’s cholera epidemic and now President Emmanuel Macron wants to use it to reward people who distinguished themselves during the coronavirus pandemic.

There was also another protest in Toulouse on 11th May, at the Purpan hospital, on the first day of the end of lockdown in France and ‘Nikola Dobric’ shared footage of the protest in Toulouse, saying: “We denounce with one voice the 30 years of massacre of public hospitals as well as the calamitous management of this crisis by the Macron government.”

Speaking to Newsflash, ‘Nikola Dobric’ said: “We inherited a public apparatus that has been stripped of its functions after 25 years of managerial and restrictive economic policies. The health sector – like all other economic sectors – has gradually bowed to European orders, namely the search for economic stability (the beginnings of an entrepreneurial management of health where any deficit is prohibited ) and openness to competition (which has led to the concentration of equipment via the merger of CHUs [hospitals] […].

“The removal of 69,000 beds over 15 years is symptomatic of the major movements that I have described.

“It is high time to break the budgetary barriers for essential areas such as the health sector so as to prevent any health threat while guaranteeing equal treatment for all.” 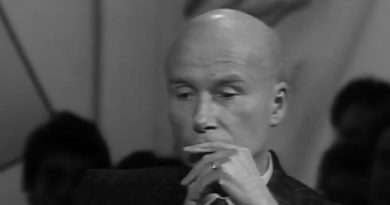 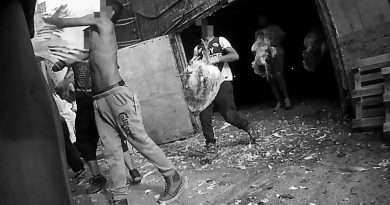 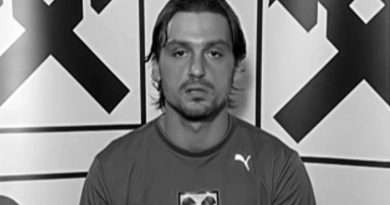