This is the viral moment a pretty waitress holds a glass up and pours beer into a male customer’s mouth leaving the middle-aged man looking dazed at how much lager he has just downed.

He was apparently not drinking fast enough for the waitress, who works as a promoter for the Singaporean beer Tiger, because was reading a newspaper.

The bizarre scene was recorded at a coffee shop in the Bedok area of the city-state of Singapore and has since been viewed over one million times on social media.

In the clip, a waitress who works as a beer promoter for Tiger, a Singaporean beer owned by Heineken, can be seen holding a small glass of beer up to a male customer’s mouth.

The man, dressed in smart clothing, happily sips up all the beer with his newspaper in his hand.

After the customer drinks the glass the woman tops it up from the bottle before walking away as onlookers can be heard laughing.

After the video went viral a spokesperson for Heineken Asia Pacific, formerly known as Asia Pacific Breweries (APB) told local media the promoter had not acted in line with their policy.

The company said she had been given a stern warning and would be transferred to another outlet.

An unnamed local resident said the man was a regular customer at the coffee shop and added: “She asked if he wanted to drink and he said yes, but his hands were holding onto the newspaper so she inadvertently held the cup up to him.”

Neitzen ‘Jermaiah Luke’ wrote: “She looks like will take good care of you if you marry her. Non-materialistic girl. Good catch. (based on assumptions only) (sic)”

While ‘MoSh PaMo’ added: “Because he promised his wife he will never touch a glass of beer again.”

But ‘Mohan S Dhillon’ wrote: “she can pass around the virus touching others glass..u just need a infected one to leave traces on the glass!!! And its not a joke. (sic)” 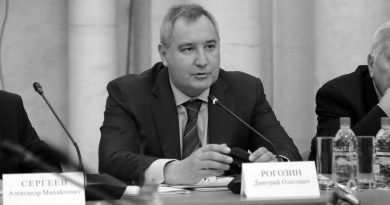 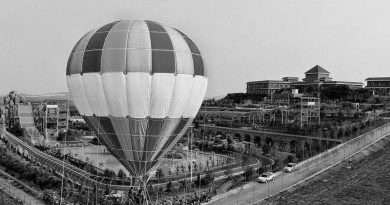 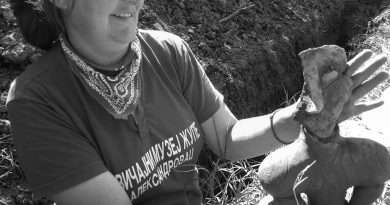