A stunning singer has been bitten by reef sharks after wearing silver toe nail varnish that they apparently mistook for small fish.

Russian pop star Anna Ivanova, 27, widely known in her native country under the stage name Hanna, was bitten by reef sharks during a holiday in The Bahamas in the Atlantic Ocean.

According to the pop star, she was swimming with reef sharks in the ocean when some of them starting biting her toes.

Hanna posted the details of the incident on her Instagram page and advised her 2.3 million online fans not to wear shiny nail varnish when swimming with reef sharks or other predatory fish.

She said: “I was bitten by reef sharks! I was swimming with them when they took my shiny silver pedicure for small fish and bit my toes.

“Nothing serious happened, the sharks have small teeth and my toes are all there, but if you ever swim with them do not wear silver varnish and guard your toes!”

Social media user ‘Irina Lavrinova’ said: “You are so brave! If I was bitten by sharks, even reef ones, I would start to panic.”

Ivanova, who also is a model, is married to Pavel Kuryanov, the owner of the Black Star Inc., a Russian record label and production company. The couple have a one-year-old daughter.

Reef sharks are not considered dangerous to humans and swimming with them is popular among holidaymakers in The Bahamas. 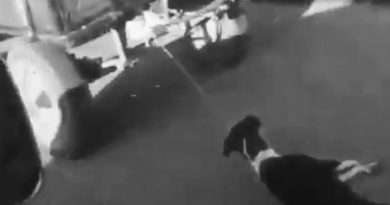 Tied-Up Dog Is Dragged To Death By Horse And Cart 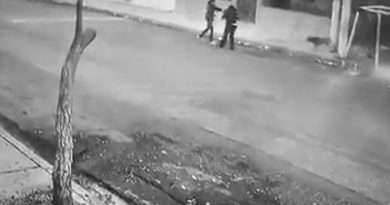 Brave Daddy Dog And Its Son Defend Woman From Robbery 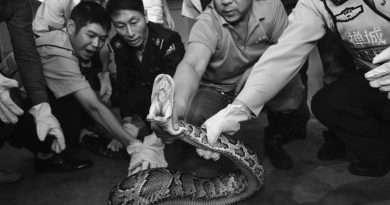