Footage has emerged of the horrific moment nearly 20 passengers without seat belts were thrown from their seats when their bus crashed off a road and rolled 100 feet down a hill.

The incident happened in the city of Jingdezhen in East China’s Jiangxi Province on 19th April.

Newly released images show how the severe crash took place, leading to the deaths of six passengers and injuring 13 others, including the driver.

CCTV footage from the bus shows the coach appearing to be forced off the road when a white saloon car attempts to overtake it but begins changing lanes before it has fully driven past the front.

The panicking coach driver, who appears to be the only person wearing a seat belt, swerves and slams into the nearby crash barrier, launching the vehicle off the road and down the nearby slope.

All 18 of his passengers are flung from their seats and tossed around the bus cabin as the coach rolls 100 feet down the hill.

Several passengers are ejected from the bus as the vehicle rolls downhill sideways, leaving the seats empty as the vehicle finally stops, the footage shows.

Jingdezhen People’s Government said the bus driver was detained after the incident, which is still being investigated.

Officials have not revealed whether the driver of the white saloon was also arrested for their part in the accident.

The conditions of the injured passengers were not disclosed. 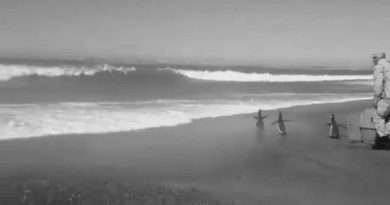 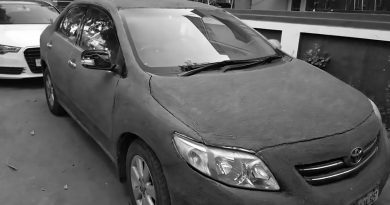 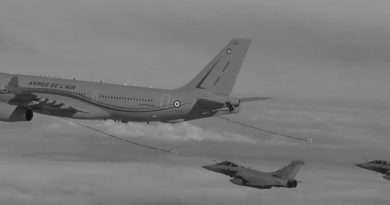