The moment a pregnant snail of an unknown species gave birth 99 million years ago has been captured permanently in a piece of amber with the parent and its five newborn babies frozen in time.

Researchers from the Senckenberg Research Institute and Natural History Museum of the city of Frankfurt in Germany found the fossilised female land snail enclosed in a 99-million-year old piece of amber together with her five young.

It was named Cretatortulosa gignens after the piece of Cretaceous amber where it was preserved.

The head of the study, Dr Adriene Jochum, from the Senckenberg Research Institute and Natural History Museum in Frankfurt explained in a statement obtained by Newsflash: “In a piece of Cretaceous amber from Myanmar, we discovered the body and shell of an exceptionally well-preserved female land snail shortly after the birth of the offspring , which is also preserved in the amber.”

While many species of snails are hermaphrodites, meaning they can be both female and male, sexual dimorphism is a characteristic of this genus, which explains why this particular snail was female.

Considering that preservation of the soft snail body is a huge rarity, the expert, who also works for the Natural History Museum in the city of Bern in Switzerland added: “Our new amber find is truly remarkable for this reason as well.”

Jochum examined the 11-millimetre marshmallow-like body of the mother and her newborns through CT scans along with other scientists from China and Germany.

She said: “The snails were apparently encased in tree resin immediately after birth and preserved in that position over millions of years. The mother snail must have noticed her impending fate and stretched her tentacles up in a ‘red alert’ posture.”

The scientists assumed that the offspring were born because their mother wanted to protect them from predators.

Jochum explained: “Just like their modern relatives from the genus Cyclophoroidea, our new discovery probably spent its life inconspicuously on dead and rotting leaves. We assume that the young of this species – compared to egg-laying snails – were smaller and fewer in number to increase their chances of survival.”

According to the study, the fossil, discovered in an amber mine in northern Myanmar offers outstanding insights into snail ecology and behaviour from almost 100 million years ago.

Delighted by the results, Jochum said: “Based on the discovery, we do not have to make assumptions on the morphology and paleoecology of the animals, but we now know for certain that viviparous snails existed in the Cretaceous period.”

The study was published in the scientific journal ‘Gondwana Research’. 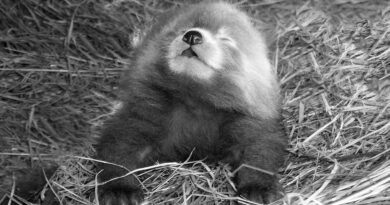 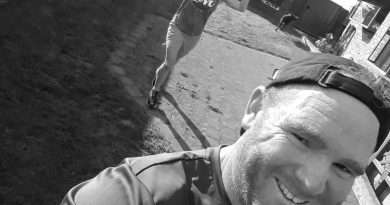 New Zealand resident exercises in back yard during coronavirus lock down 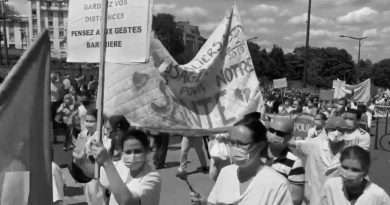