Another cat has been diagnosed with coronavirus in France with veterinary scientists warning that there are almost certainly further cases of cats showing no symptoms who have nevertheless been infected.

The new case of a cat infected with the SARS-Cov-2 virus has been reported in the south-western French city of Bordeaux in the Nouvelle-Aquitaine region by vets from the National Veterinary School in Toulouse, and it comes just days after the country’s first case was reported by the Alfort (EnvA) national veterinary school.

The first cat named Papille was owned by a woman named Florence who since told French media her pet had been badly hit saying: “Papille couldn’t stand up anymore.”

She also said: “She wasn’t eating anymore, wasn’t drinking anymore, couldn’t stand up anymore, exactly like me when I was sick [with COVID-19], and she wasn’t reacting anymore when I called her. I really thought I was losing her.”

After days at the EnvA vets and numerous tests and scans, Papille is reportedly doing “much better”.

But now the second feline case of COVID-19 has been reported by the vets at the Toulouse National Veterinary School.

French media says the cat lives in Bordeaux and was living with people “strongly suspected of having been infected with COVID-19.”

Less than 10 cases of feline infection have been reported in the world and scientists maintain that pets cannot infect their owners. And only in rare cases can humans infect animals.

These latest tests were conducted by the Toulouse National Veterinary School (EnvT), with the help of a IHAP (Interactions Hotes-Agents Pathogenes; they study the pathogen interactions between hosts and those they infect) mixed research unit, who specialise in animal virology, along with its veterinary pet hospital ( Centre Hospitalier Universitaire Veterinaire des Animaux de Compagnie; CHAUVAC).

The vets there “are studying suspected COVID-19 cases in domesticated carnivores, notably cats and ferrets.”

Thie new cat, which has not been named, reportedly also suffered from respiratory difficulties. The school said: “The cough was persisting despite anti-infection and an anti-inflammatory treatment.”

They added: “Research into this virus turned up positive results after a nasal-pharyngeal sample (inside the throat) was taken, with a first test” and was then “confirmed with a second test. But rectal samples on this animal tested negative. Other tests are ongoing.”

This is the same as with Papille, with the EnvA saying at the time that the first cat actually originally tested negative for COVID-19 on a rectal swab but a nasal swab and PCR test revealed it to be infected with the disease. The Alfort vet school stated that it also had “clinical signs” including problems breathing and “digestive issues.”

Speaking about this second pet cat to be diagnosed with the virus, the head of CHAUVAC, Marie-Christine Cadiergues, said: “What we know is that he lives in a home in Bordeaux whose members are believed to be suffering from COVID-19 and that he started coughing.

“For three weeks, our laboratory has been able to research the virus with PCR tests.”

“We now know, thanks to the experimental studies that have been published, that cats are a sensitive species, but are not a vector. They are contaminated by infected humans.”

Asked by local media whether the virus could be deadly for cats, Cadiergues said: “We are in the unknown. With humans, we are currently still unable to see a complete and exhaustive picture, with cats, with the few number of cases, it is impossible to say. There are no doubt asymptomatic carriers.” 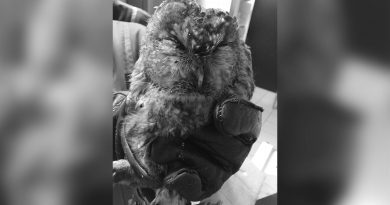 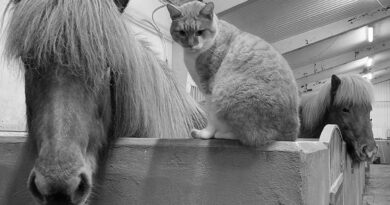 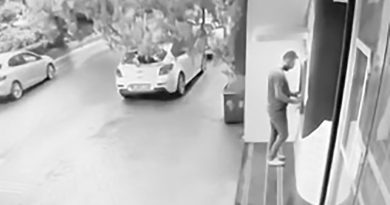