This NASA image shows what appear to be rivers of gold in Peru but is actually the damage left behind from illegal mining.

The picture was taken by the National Aeronautics and Space Administration (NASA) on 24th December last year. However, it has recently started to make the headlines after being shared on social media, according to local sources.

The picture shows a part of the Amazon forest in the Peruvian department of Madre de Dios (Mother of God) with what appear to be gold rivers and streams meandering through the forest.

However, the picture actually shows the destruction caused to the Amazon by illegal gold mines in the region.

According to NASA, the reason behind the optical effect is due to the reflection caused by sunlight and favourable meteorological conditions when the picture was taken.

The statement added that Madre de Dios “is home to one of the largest independent gold mining industries in the world” as mining is the main cause of deforestation in the region.

Local media said the pits seen in the photographs were made by illegal workers, many of them minors, a common occupation for them in the area.

Some locals have even been poisoned with Mercury due to its heavy use in the gold extraction process despite the fact it is highly toxic and when found in the environment, can infect humans or animals and cause deforestation.

Peru is the sixth-leading exporter of gold in the world with China leading the pack. 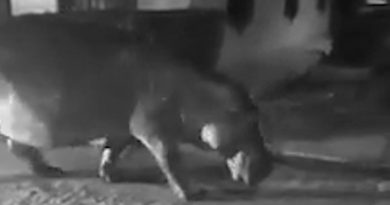 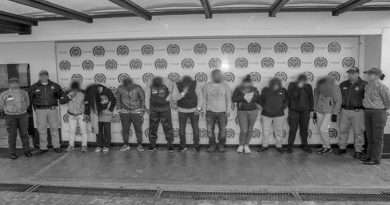