This is the hilarious moment a male sloth lives up to its name and falls asleep while munching on his lunch.

The 25-year-old sloth named Flori lives at Dortmund Zoo in the city of the same name in the western German state of North Rhine-Westphalia.

The video was shared by the zoo with the message: “Flori climbed to the food bowl quite quickly and seemed motivated after noticing we had delivered his lunch.”

However, as seen in the first clip, the lazy Flori promptly fell asleep while still munching on a stick of beetroot.

The zoo added that the two-toed sloth often wakes up to chew on more food before slipping back to sleep and waking up when its nibble time again.

Zoo spokesperson Marcel Stawinoga told Newsflash: “His name is Flori and he is a Linnaeus’s two-toed sloth (Choloepus didactylus).”

The South American species is found in Venezuela, the Guyanas, Colombia, Ecuador, Peru, and Brazil north of the Amazon River.

The Red List of the International Union for Conservation of Nature (IUCN) categorises the Linnaeus’s two-toed sloth as ‘least concern’.

Marcel added: “Flori was born in our zoo (Dortmund) on 25th June 1995, and I personally filmed the clips.

“In the (first) video, Flori is seen falling asleep while he was eating beetroot.”

In a second video, Flori appears more alert as he is filmed eating from his food bowl for two minutes without dropping off into the land of nod.

Muslim Gets Fine For Allahu Akbar Greeting To Friend 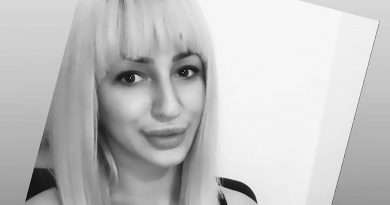