A Ryanair flight to Stansted airport had to make an emergency landing after the cabin suddenly filled with thick smoke.

There were 169 passengers and 4 crew members on board the flight travelling from the Romanian capital Bucharest when the cabin started to fill with smoke shortly after takeoff.

The aircraft, a Boeing 737-800, then declared an emergency and returned to Otopeni airport where the passengers were disembarked scared but otherwise unharmed.

The incident took place on Tuesday morning on the flight that was originally scheduled for 6:40am to London Stansted Airport when passengers had already been made to wait because there was a problem with a first plane and replacement needed to be found. A second plane was then prepared, according to reports.

The flight then set off at 10:57am local time with the replacement aircraft but just minutes into the flight, the captain declared Mayday and signalled an emergency in order to return.

According to witnesses, the smoke started to fill the cabin when the plane had climbed to 5,000 feet, and passengers started to panic.

After landing many turned to social media to share their experiences such as Cosmin Malureanu who wrote: “It was a traumatic experience, as soon as I took off everything was filled with smoke. We could not even see two rows in front of us.”

They also complained that the crew did little to calm things down.

Cosmin said: “It was very bad, the crew was quiet. We didn’t even see the oxygen masks that should fall in such a condition. It was nothing and I was in real panic.”

In order to stop inhaling the smoke many passengers stuffed scarves or clothing over their mouths to try and get clean air.

The airline arranged the third plane to drive the passengers to the flight to London around 3pm, but 29 people were reportedly so traumatised they refused to travel with the airline.

Weather in Bucharest is freezing at the moment, with temperatures below zero although it is not known if this played a role in the difficulties.

It was revealed however that the plane had to be de-iced before it was allowed to take off.

An investigation is ongoing. It is currently unclear why the plane filled with smoke. 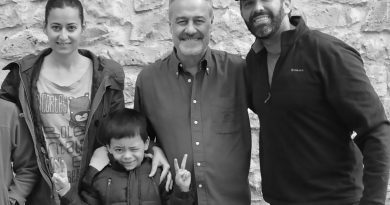 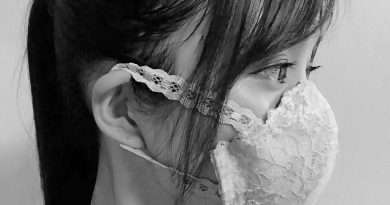 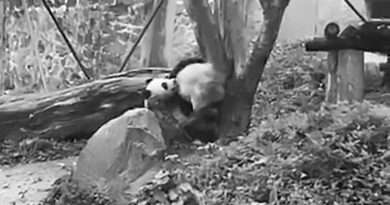 Adorable Panda Tries To Save Furry Pal Stuck Up Tree