This drone footage shows a Virgin Mary statue that disappeared 10 years ago following a hurricane and has now reappeared at the bottom of a riverbed due to the recent Hurricane Hanna.

The steel statue of Our Lady of Guadalupe, a Catholic title of the Virgin Mary, reappeared at the bottom of the Santa Catarina River in the city of Monterrey in the Mexican state of Nuevo Leon after Hurricane Hanna struck on 2nd August.

The statue disappeared in 2010 when Hurricane Alex swept through the area, and it remained lost to the river for a decade while a replica was installed in its place.

The monument was found just 200 metres (656 feet) from where it was erected.

Monterrey Mayor Adrian de la Garza said on Twitter: “Hanna also left us something nice… A few days after hitting the area, the emblematic sculpture of Our Lady of Guadalupe, the same one that went missing 10 years ago, has reappeared on the Santa Catarina riverbed.”

The statue is 12 metres (39 feet) high and weighs 10 tons. Local newspaper El Universal report the rainstorms and floodwaters from Hurrican Hanna moved the stones which were covering the statue from sight.

According to local newspaper La Vanguardia, the monument was designed to commemorate the second time Pope John Paul II held mass in the city in May 1990.

Hurricane Hanna first arrived in Mexico on 26th July, causing several floods and extensive damage while also claiming the lives of four people in the north of the country.

The footage of the statue at the bottom of the riverbed was filmed by David Galaviz, 40, professor at the Autonomous University of Nuevo Leon.

Galaviz told Real Press: “There are people coming here to sing to the statue, they light candles and pray for sick people.

“Other people claim that it appeared to help the sick people get well and see it as something like a miracle.”

To find out more about the author, editor or agency that supplied this story – please click below.
Story By: Ana Lacasa, Sub-Editor:  Alex Cope, Agency: Real Press 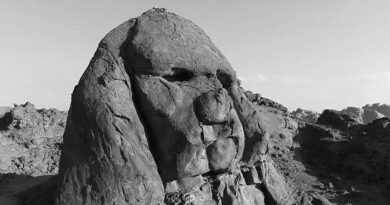 Natural Rock Just Like A Sphinx Found In Saudi Arabia 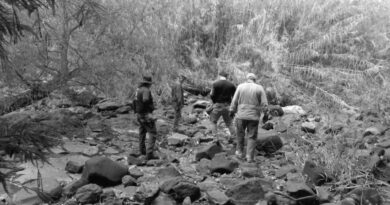 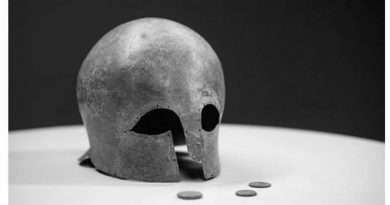