A 96-year-old German engineer who had to give up his studies as an aircraft engineer when he was sent to fight on the front in 1939 and became a locomotive mechanic when he returned has finally achieved his childhood dream of building a plane after working with friends to restore the last surviving Focke-Wulf FW 200 “Condor”.

Fritz Schneider is one of a group of 150 pals who call themselves the “Condorians” and got together and decided to slowly start putting the plane back together after it was dragged out of the sea after being found off the coast of Norway more than 20 years ago.

When they had put together what they could, they then found another wreck which added further parts and as it was almost complete by that point, then decided to carry on and finish it off anyway.

All of the people that rebuilt it like Fritz are either former employees of the Focke-Wulf Flugzeugbau AG aircraft manufacturer and of Airbus, the world’s largest aircraft builder, and said they wanted to leave a legacy for the future generations by restoring the last remaining “Condor”.

The Condor was a four-engined German monoplane known to the Second World War Allies as the courier was even the playing of choice for transporting dictator Adolf Hitler.

The project began when geologists found the wrecked plane of the Norwegian coast near the city of Trondheim in 1999.

Horst Becker, 78, another of those involved in the project, said what they had was not complete but was still a large part of what was needed and he added: “We dismantled the entire aircraft, completely rebuilt it and reassembled it.”

The project then continued further when outer wings were retrieved from another plane wreck found at the Norwegian mountain Kvitanosi and were added.

It was at that point that Becker and his colleagues thought “it would be nice to restore the entire airplane” – and so they continued.

Becker who spent 53 years working for Airbus said: “Technically and in terms of design, the plane was a role model for all other aircraft until jet engines came to the picture.”

Fritz Schneider, 96, was a key part of the project as he was not only someone who trained as aircraft manufacturer in 1939 but was also a witness from the time when the aircraft was in its heyday.

He later had to content himself with being a trained mechanic and driver and said: “Thanks to the project, my dream of working in aircraft construction came true.”

Schneider and his colleagues spent hundreds of thousands of hours in a workshop near the Bremen Airport before they finally managed to recreate the legendary airplane using preserved and brand new parts.

Another man involved in the restoration, Rudolf Budde, who was responsible for team coordination revealed that the plane’s new engines were copies that were manufacture by British luxury automobile company Rolls-Royce.

The four-engined “Condor” had its first flight on 6th September 1937 just one year after its production began.

After the company was taken over by the German airline Lufthansa, it became the first passenger plane to fly from Berlin to New York in 24 hours and 56 minutes on 10th August 1938.

However, the plane which was originally intended as a long-range airliner and was also used by Adolf Hitler for personal transport was later converted for military usage as anti-shipping/maritime patrol bomber aircraft.

Project manager of the “Condorians” and head of the restoration Gunter Buker, 74, said: She [Condor] was denied great commercial success because during the Second World War the civil aircrafts had to be handed over to the air forces.”

A total of 276 Focke-Wulf Fw 200 “Condors” were manufactured between 1937 and 1944 when their production ended. The current one is the last surviving.

The brand new plane will be dismantled and transported to Germany’s capital Berlin where it will be exhibited in the German Museum of Technology. 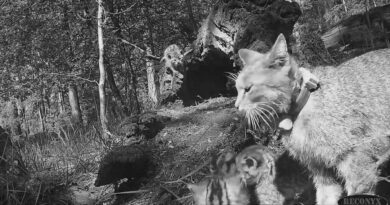 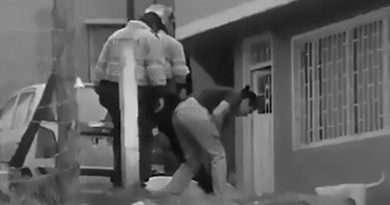 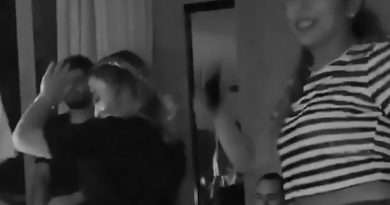