These fossilised giant ‘chicken feet’ belonged to a Jurassic-era dinosaur in the same family as the infamous T-Rex and lived 190 million years ago, Chinese palaeontologists have now confirmed.

The 46 footprints – found by rock climbers at Geleshan National Forest Park in China’s south-western municipality of Chongqing in March 2019 – are now among the best-preserved of their kind to be discovered in Asia.

A specialist team of eight experts were commissioned to study the dinosaur tracks, which were found on two quartz sandstone surfaces and identified as Early Jurassic period Kayentapus – tridactyl tracks of a bipedal theropod.

Theropods are characterised by having hollow bones and especially three-toed limbs. The clade includes the most notorious Tyrannosaurus rex.

According to a report released by the Chongqing Bureau of Planning and Natural Resources on 1st June, the tracks – described by Chinese media as ‘chicken feet’ – were likely made by the Chinese dinosaur Sinosaurus, which lived in the Lower Jurassic.

The meat-eating Sinosaurus is believed to have grown to a maximum height of 5.6 metres (18 feet) while weighing half a tonne. The specimen which left its tracks at the Geleshan site was estimated to be at least 5.4 metres (17 feet).

The findings were published in the British scientific journal Historical Biology in a paper titled ‘The Early Jurassic Kayentapus dominated tracks from Chongqing, China’ on 28th May.

Co-author Dai Hui, a senior palaeontologist with the Chongqing Laboratory of Geological Heritage Protection and Research, said: “When we arrived at the fossil site last year, we determined through stratigraphy that the tracks were from 190 to 200 million years ago in the Early Jurassic period.

“At the same time, our team discovered that these were the most well-preserved Kayentapus in Asia.”

Xing Lida, another co-author with the China University of Geosciences in Beijing, said: “The dinosaur tracks at Geleshan National Forest Park are significant because they are from the early Jurassic period.

“We can also determine that it belonged to a large carnivore at the very top of the food chain.

“We very rarely find tracks like this in China, so it will aid in research and public education.”

Mr Xing said he hoped the national park would consider sealing off the area to prevent further rock climbing.

The researchers wrote in the study: “The newly reported Kayentapus occurrences reported here from the Lower Jurassic Geleshan site in Chongqing, China, provide some of the best-preserved examples in Asia and show that this animal can be consistently distinguished from robust Eubrontes.

“The assemblage is further evidence that the dinosaur track sites of the Lower Jurassic were dominated by theropods in Asia and globally with a consistent diversity of track morphotypes.” 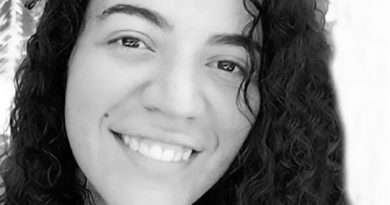 Ex-Cop Who Fled To Cancun Murdered With Cartel Message 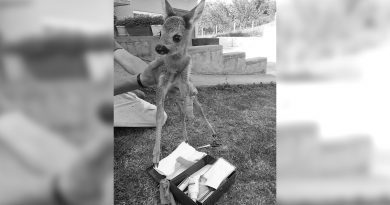 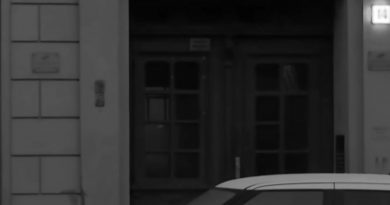