This is the moment a couple drags their 10 beloved dogs through heavy flooding in a plastic tub after losing all their possessions in Hurricane Hanna.

In an exclusive interview with Newsflash, the daughter of the couple, Betty Vaquera Escandon, described how the storm began at 2 am, but her parents did not realise that their house was flooding until 6 am when they rushed to see their beloved dogs.

Category 1 Hurricane Hanna wreaked devastation in northern Mexico and southern Texas, where isolated areas were drenched in 18 inches of rain, resulting in the death of four people in Mexico.

The moving video showing Santos Vaquera Herrera and Beatriz Escandon saving their pups in the border city of Reynosa, in the north-eastern Mexican state of Tamaulipas, soon garnered media attention.

Betty said: “They say they saw the water and went to see the pups that were inside and found one already unconscious, he was drowning.

“My dad massaged his back whilst my mum gave him mouth to mouth resuscitation as best she could and thank God the dog reacted and woke up.

“They grabbed all the other pups and started putting them in the tub in a high place.”

Betty went on to describe how her parents tried to save the belongings in their lounge by towering things up on top of each other, but that the water carried on rising.

She added: “They saw that they couldn’t get out as the water was too high, so they both climbed up on to a high table holding onto the tub with the puppies inside and crouching together, which is how my husband found them.

“My husband, together with a neighbour, managed to get them out since the water outside the house reached their necks.

“I was waiting for them on the street where I took the video, unfortunately, I could not go inside the house to help them because I measure 1.50 metres (4.9 feet) and my husband said the water was going to cover me completely.”

Betty says that she took the video because it was such a tender sight to see the little dogs in the tub, but never expected it to get so much attention.

Betty says that her parents, who have ten rescue dogs and one cat, were very moved by the messages of support from social media users and said they hope the video will “serve to raise awareness of the responsibility of having a dog.”

According to their daughter, the home of the dog-lovers is still intact and only material things such as mattresses, electric items, clothes and the kitchen were destroyed, much the same as all the neighbours.

The daughter has started a campaign on social networks for people to donate to help her parents get their home back in order. 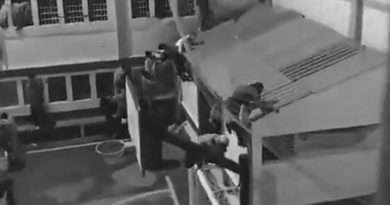 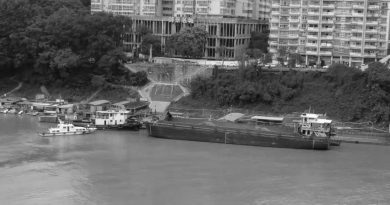 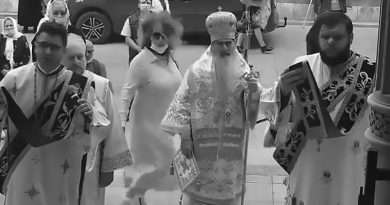