This is the moment a huge dust cloud which has been compared with the famous scene from ‘The Mummy’ descends over an Argentine city.

The dust storm hit the southern Argentine province of Chubut and images show a dust cloud covering the city of Trelew as winds reached as high as 100 kph (62 mph).

Images show the dust cloud engulfing the city and local media report beachgoers had to leave the seaside after the strong winds began hitting the area at around 6pm on Saturday.

A spokesperson for the Civil Defence in Chubut said the 100-kph winds saw trees falling and roofs lifted off buildings.

The gusts were reportedly a sudden phenomenon after the wind changed direction and local media report that on Union Beach, lifeguards had to help beachgoers as the wind dragged away parasols and other items.

One of the lifeguards, Rodrigo Mansilla, told local media: “We had to help people to leave the coastal area because it was very sudden and very dangerous due to the violence of the wind dragging everything, even the sand was lifted and caused kids to cry”.

Reports state there were electricity cuts in the area because of the dust storm whilst a forest fire in the El Doradillo park in northern Madryn was reportedly worsened in the storm, with nearby houses being evacuated.

Some netizens compared the cloud with the one seen in the 1999 film ‘The Mummy’. 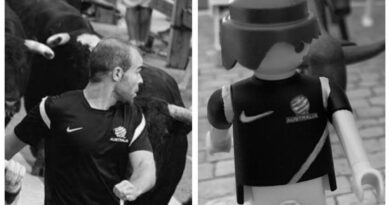 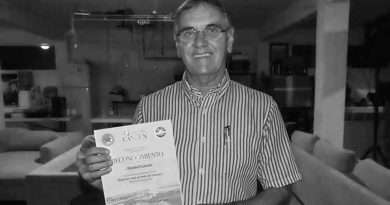 McDonalds Runs Out Of Food As Hong Kong Protests Worsen