This the moment a horse is led down the stairs of a block of flats by cops who found it living in a one-room flat with its owner after neighbours complained about the noise.

The bizarre incident occurred after the police were called to a fourth-floor flat in the Micro15 neighbourhood of the city of Satu Mare, in northwestern Romania’s Satu Mare County because neighbours were complaining about loud music and strange noises coming from inside.

Local media report the residents had also spotted a horse around the block of flats and when the police arrived, they found the horse in the kitchen area of the one-room flat along with its owner, named as Lucian D.

Deputy Director of Satu Mare Police, Sergiu Blaga, told local media: “The horse had been taken to the fourth-floor flat. The owner, Lucian D. was sanctioned with a 500-RON (94-GBP) fine for disturbing the neighbourhood.

“The horse was taken to the property of a relative of the man, in a village on the outskirts of Satu Mare. The man declared that he intended to offer the horse as a gift to his brother-in-law.”

In the photos, Lucian D. can be seen standing next to the horse in the flat while a video shows police officers walking the horse down the stairs and through the corridors of the block of flats.

One neighbour, whose name was not revealed, told local media: “I heard some noises in the staircase. I initially thought it was the high heels of a lady, or something. I didn’t see the horse.”

Netizens loved the images, such as ‘Maria Pop’ who wrote:”Anyone has the right to own a pet in their house, right?!” 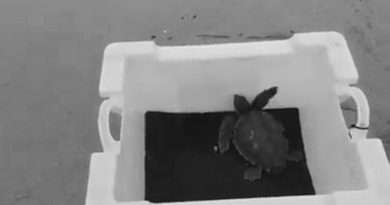 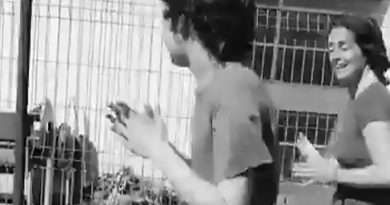 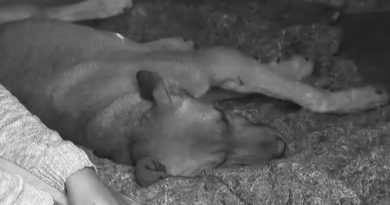