A Hitler doppelganger was quizzed by police after he was spotted trying to get into a brewery in Munich earlier this week.

The man who was stopped outside a brewery in the south German city of Munich was identified as Adolf Hitler impersonator Harald Zenz, who goes by the name Harold Hitler and who, like the Fuhrer was, is Austrian.

He had been booked to speak to a group of 10 men who had booked a table at a brewery restaurant in the city.

A 10-person table was reportedly reserved by members of the “German Workers Club” and when the managers found out, they cancelled it and then kept having to cancel it when it was booked again under different names.

He was reportedly wearing a Hitler costume under his brown coat, and according to police, he performs as “Harold Hitler” for his audience. The display of Nazi symbols and memorabilia is forbidden in public, although it is believed police were unable to act as they were hidden under the coat.

Police said they had already had experience in dealing with Harald Hitler, before, after he turned up in 2017 at the age of 25 again copying Hitler’s appearance with his tiny moustache and was photographed outside the house where Hitler was born in Braunau in Austria. Austrian cops say he is a supporter of the far-right and NS ideology.

Despite the refusal, ‘Hitler’ and his friends turned up anyway and attempted to enter the brewery, where they were refused entry by Otmar Mutzenbach who tried to had to get other guests to help hold the door shut and keep them out.

After police arrived at the restaurant announced a lifelong ban for the Hitler double and his pals.

According to the Hitler double, after being refused entry they went to the cinema instead, and watched the film “Out of the Hitler Time” based on the Judith Kerr book “when Hitler stole pink rabbit”. 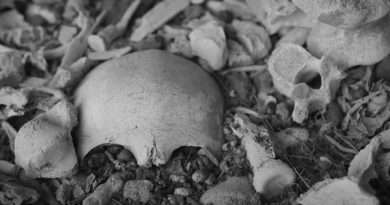 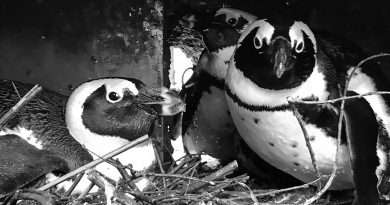