This is the moment a Hindu priest suffers severe head injuries after falling from an elevated platform while decorating a religious statue of the god of celibacy.

The 53-year-old ‘pujari’ was hospitalised in a critical condition after falling at the Namakkal Anjaneyar Temple in the town of Namakkal, situated in the southern Indian state of Tamil Nadu.

The priest, identified as Venkatesh, was decorating the temple’s statue of Lord Hanuman.

As an ardent devotee of Rama, Hanuman – also called Anjaneyar – is known as the teacher of celibacy.

Meanwhile, the Hindu priest is being treated at a private hospital in Salem, according to local media.

He was assisting his brother Nagarajan, also a ‘pujari’ at the temple, who told reporters: “He was standing on the elevated platform erected close to the Anjaneyar statue. Suddenly, he lost his balance and fell off.

“Temple priests took him to a nearby private hospital. After first aid, doctors at the hospital referred him to another hospital in Salem.”

A blood clot was reportedly removed from the priest’s brain.

Local police have confirmed that they are investigating the incident.

In the video footage, Venkatesh is seen decorating the statue before suddenly becoming disorientated.

He tumbles from the platform head first, and onlookers gasp as he crashes to the ground.

The clip ends with several priests gathering around Venkatesh to help. 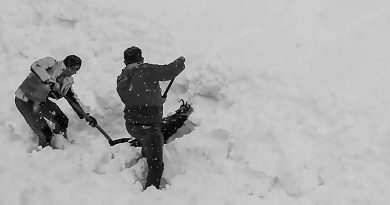 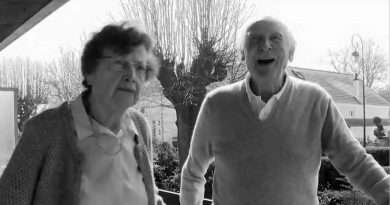