Cops are investigating alleged fraud by a London based company that involved selling tickets to thousands of fans for concerts involving big names like Enrique Iglesias, Bryan Adams, Jose Carreras and Maluma – that never happened because the artists were not paid.

The scan was apparently set up by a bogus Bulgarian promoter claiming to represent ArtBG who formed ticket buyers, venue operators and the artists’ teams themselves by setting up shows at venues in Central and Eastern Europe.

But he apparently pocketed the cash and is now on the run. The scandal came to light when it was revealed that Iglesias management had cancelled shows set to take place in December for Croatia, Latvia, and Belarus after the conditions the concert the go-ahead was not met.

In a statement, they said: “Sadly, and regrettably, after much careful consideration, and exhausting all possible alternatives, we have been forced to cancel the upcoming shows in Zagreb, Riga, and Minsk.

“ArtBG, the concert tour promoter, producer, and event organiser, have not complied nor fulfilled their contractual obligations with the venues and all production elements for these three events.

“All of this makes it impossible to put on the show that our fans deserve. Safety for our fans and crew is paramount and we cannot guarantee this for everyone without the promoter fulfilling their obligations. It is simply too big of a risk.

“Our fans are sacred to us and it is painful to have to do this. We hope to find new dates in the near future. Together, with vendors and venues, we are devoted to make the responsible party, ArtBG, held responsible for their actions. Sincerely, EI Team.”

Also affected are concerts that were planned to take place involving the other artists including shows in Greece by Bryan Adams, Jose Carreras, as well as Maluma.

A contact on the ground in Athens said that the bogus promoter who also had a partner “took all the ticketing money and left,” and that neither the artist nor the venues that had been booked had been paid.

It was revealed that the ticket promoter was apparently still on the run with what is estimated at around 1 million EUR (859,000 GBP) in ticket revenue.

ArtBG, which was not available for comment, said on its website that the company offices are in London and it also has bases in Bulgaria and Austria, and operates in Central, North and South Europe. It claims to have worked with stars such as Iglesias, Ricky Martin and the Scorpions. 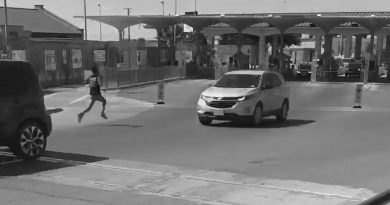 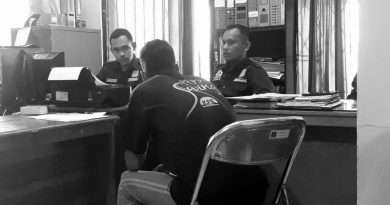 Algerian Who Tried To Swim 370m To Oz To Be Deported 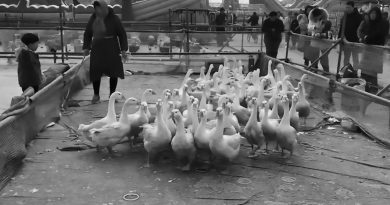