This rare footage shows two playful pandas frolicking in the woods and researchers says it is the first time a pair of twins have ever been recorded in the wild.

The otherwise solitary giant panda bears (Ailuropoda melanoleuca) were filmed by a camera trap inside the Wolong National Nature Reserve in China’s south-western province of Sichuan on 24th July this year.

The national park released the footage today (17th December), saying the recording from the bamboo forests of Niutou Mountain was the first time a pair of surviving twins had ever been seen on camera.

The rare images show the two-year-old adolescents appearing to be play-fighting near a tree at an altitude of 3,100 metres (10,170 feet), reports said.

The pair were classed as ‘subadult’, which describes giant pandas between the ages of two – when they leave their mother – and five when they are considered mature adults.

Experts at the nature reserve said it was common for wild pandas to give birth to twin litters, but most mothers do not have enough energy to care for both, ultimately favouring one while abandoning the other.

As a result, there are virtually no known cases of surviving panda twins outside of captivity.

Shi Xiaogang, director of the Mujiangping conservation station, told local media: “From the size of the pandas’ skulls and the colour of their fur, we determined that they were a pair of subadult specimens.”

Professor Wang Pengyan, one of the park’s senior engineers, said: “The images suggest that they are a pair of subadult twins.

“From their behaviour in the video, we can see they are play-fighting just like cubs and subadults do.

“The two pandas also have snouts which are typical of young specimens.

“We estimate them to be just over two years old. They were likely born in the summer of 2017.”

Professor Wang continued: “Wolong has an abundance of resources which would allow a mother panda to rear two cubs.

“Most panda mothers don’t have the energy to raise the extra cub, so they abandon it.

“The fact that this one has chosen to rear both her young suggests she not only has incredibly strong maternal instincts but also that she did so in a suitable den.

“Pandas raise their young in tree dens, so if she had found a small hole to fit only her, she would’ve put her cubs on her belly.

“There the cubs wouldn’t have fallen onto the ground, and she’d have expended no extra energy feeding, keeping them warm, or helping them defecate.

“Under these relatively relaxed conditions, both cubs could’ve been raised against the odds.” 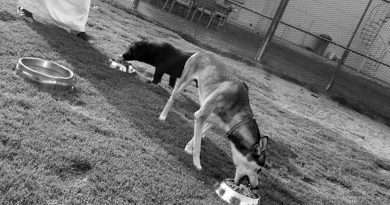 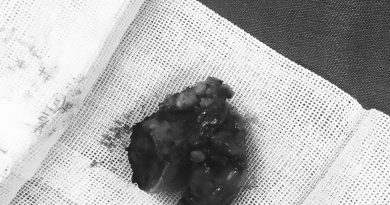 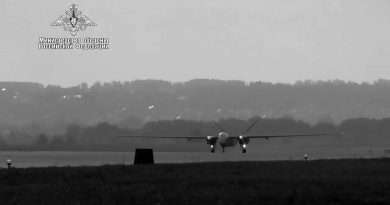