A world-famous female panda has been artificially inseminated after failing to reproduce despite squealing ‘like a pig’ during noisy sex sessions.

The pictures show famous panda Meng Meng, who would squeal like a pig and her partner Jiao Qing, who would grumble like a goat during the noisy sessions, according to zoo director Dr Andreas Knieriem

However, the randy pair failed to make any babies during the loud romps, causing zoo officials to step in.

Meng Meng, 5, who was Meng Meng, who was voted “Most Popular Panda Outside of China” at last year’s Panda Awards has been artificially inseminated by a team of experts at Zoo Berlin, in Berlin, Germany.

Medics who used an ‘electric ejaculator’ to pump her partner’s sperm into her private parts in the hopes that she will become pregnant.

The zoo has high hopes that female Meng Meng and her male partner Jiao Qing, 8, will one day have little panda babies. Pandas are only able to reproduce in a time window of just 24 to 72 hours a year, a factor which has contributed to their endangered status in nature.

Zookeepers and Chinese panda experts have closely watched the two pandas since last Friday in the hope that both pandas would finally have sex and reproduce.

Dr Knieriem was reported in local media as saying that the mating calls were unmistakable as Meng Meng squealed like a pig while Jiao Qing grumbled like a goat.

However, despite several attempts at mating the two failed to get the job done. Chief zookeeper Ragnar Kuehne said: “Both are completely inexperienced when it comes to reproducing.”

Even though the two came close on several occasions, it was impossible to determine for the zookeepers whether 242-lb Jiao Qing actually managed to inseminate Meng Meng, who was voted “Most Popular Panda Outside of China” at the Panda Awards in February last year.

To be on the safe side, an artificial insemination was performed last Sunday at the zoo while Meng Meng was anaesthetised.

Using a so-called ‘electric ejaculator’, the experts tapped sperm from Jiao Qing and used it to artificially inseminate Meng Meng.

Reproduction expert Prof. Dr Thomas Hildebrandt, who helped with the job, said it was a special case.

He said: “Even though artificial insemination is a routine intervention, the insemination of a panda is also something special for us. The two pandas went through the procedure well.”

The zookeepers will be able to tell whether or not their attempts have succeeded in June as Meng Meng will undergo an ultrasound.

The gestation period for pandas lasts between three and six months.

They give birth to one to three naked cubs the size of a hamster as their unique black-and-white fur only grows later. 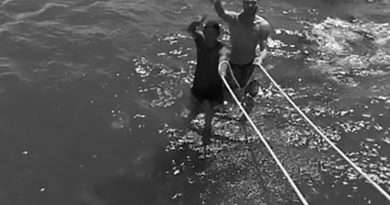 Tourists Surf On Back Of Mexico Protected Whale Shark 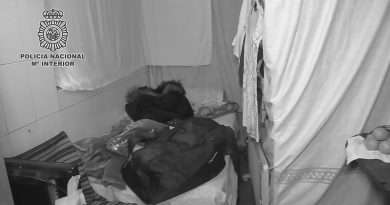 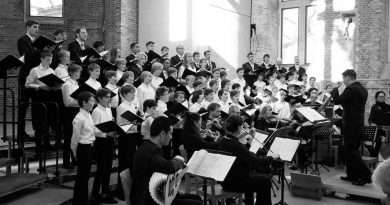