The Danish entrepreneur sent to prison for life for killing a Swedish journalist on his submarine has now married this Russian graphic designer from behind bars.

Peter Madsen, 49, who was an engineer and entrepreneur, was convicted to life imprisonment after murdering Swedish journalist Kim Wall on board of his submarine UC3 Nautilus in Refshaleoen in the harbour of the Danish capital Copenhagen in 2018.

Local media now report that Madsen has married a Russian woman identified as Jenny Curpen, 39, born in the capital city of Moscow.

Curpen says that since the wedding she has been bombarded with threats from “enemies”. She said: “Dear friends, as well as enemies, I will be brief and concise.

“Within last 15 hours I received thousands of weird, stupid, absurd or aggressive comments, messages and threats of physical nature from many so-called normal, law-abiding good people, men and women, who so much hate violence, that they are ready to kill my husband and me.

“Being specialised in cultural studies I’m very interested to analyse and to work with this phenomenon, but now I want to say about the other thing.

“I’m not going to make any excuses for my choice simply because my personal life is not anyone’s business. Next time you will give yourself right to bother strangers with actions like mentioned above, you should be ready for being treated the same way. (sic)”

The Russian also declared her love for her husband, saying: “I love and respect my husband, I am proud of him and 49 years of his human and professional life except for one day that was and always will stay a tragedy. My husband committed a horrible crime and he is punished for that.

“However, knowing him for real give me an exclusive right to say that I am lucky to be with the most beautiful, smart, talented, devoted and empathetic person and man ever.

“My husband is the one of two victims of his crime and staying alive was a punishment itself for him, not a reward, not luck. So, I must admit with deep sorrow that the society outside the prison walls is much more cruel and potentially dangerous to itself than the hero of today’s modest celebration. (sic)”

It is reported that Madsen has confirmed the marriage but he reportedly does not want to comment on the news.

However, he noted that people should reach out to Curpen if they had any questions: “Dear all, as it is well known, I won’t be able to have access to internet, to receive and to react to your messages. If you still have any need to interact, feel free to contact Jenny Curpen via Facebook or email shulxan@gmail.com, for now it is the best and fastest way to get in touch. (sic)”

Madsen was previously married at Copenhagen City Hall in November 2011. His wife reportedly left him in and Madsen himself said that he had lived in an “open relationship”. His previous wife has chosen to remain anonymous and her identity has not been released by the media.

Russian media report that Curpen has previously stated that she is “crazy in love”. 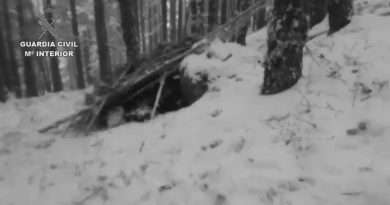 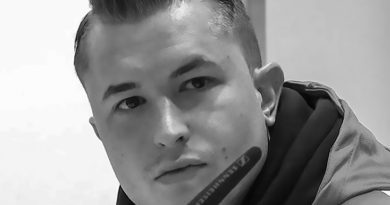 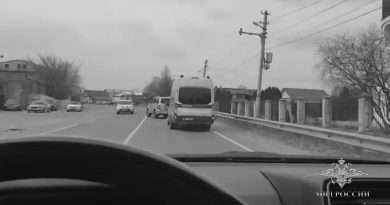