A Russian Mother Teresa figure who cared for 150 children suffered years of violent abuse from her husband before she killed herself because she did not want to report him to police and lose the chance to help the foster children she loved so much.

When she died she was still caring for her own two children as well as seven foster children, all of whom have now ended up in orphanages after her tragic death when she felt she could no longer take the abuse from her husband, construction worker Aman Zhangaulov, 64.

The court heard he felt his wife Lubov Zhangaulova, 57, did not pay enough attention to him and instead lavished all her love on their children, as a result he would beat her and instead of using her name would call her “beast”.

The investigation said that the constant beatings led to Lubov taking her own life in the village of Mednyy in the central Russian region of Sverdlovsk Oblast.

Her body was found in the family’s sauna built in the courtyard next to their large three-story family home.

The cause of death has not been reported although it was confirmed that she committed suicide.

Also, reports said that pieces of glass were found in Lubov’s stomach.

According to local media, she was still caring for seven children from a local orphanage and in total had fostered over 150 kids during her lifetime.

However, her husband was jealous of all the attention the children received and accused of her wasting money while also being frequently violent with her.

The couple’s biological daughter Luba Derevyanykh said that her father beat and humiliated her mum for years.

She said during the court hearing: “He never called mum by her name. He used ‘she’ or ‘beast’ when addressing her.

“She always had bruises on her face that she hid with makeup. My father knocked out her teeth many times.

“From time to time she thought of reporting him to the police and then changed her mind. She did not want them to take her children away.”

Aman Zhangaulov pleaded not guilty and said during the trial: “I slapped her maybe five times throughout our time together when defending myself, and called her ‘beast’ perhaps a few times. I do not know why she did it.”

Prosecutor Yulia Zhukova said: “No evidence to refute Zhangaulov’s guilt was presented to the court. The facts of frequent cruelty and humiliation were confirmed.”

The Verkh-Isetsky Court statement said: “Zhangaulova made the decision to commit suicide while suffering mentally traumatic effects caused by her last conflict with the defendant.”

Aman Zhangaulov was found guilty of causing his wife’s suicide and has been sentenced to four years in prison.

After her death, the seven foster children were taken to a local orphanage. 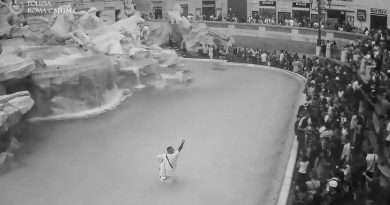 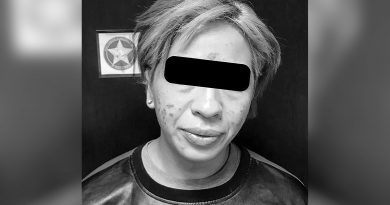 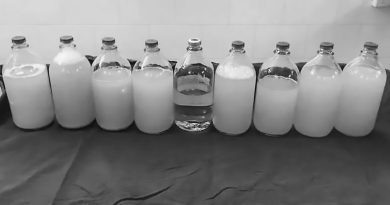