This is the moment a group of cute Arctic foxes is filmed scavenging for food outside a block of flats in northern Russia.

The incident was filmed in the city of Dudinka in the northern-central Russian region of Krasnoyarsk Krai and the video was posted on social media where it has been widely circulated.

According to local media, the blizzard of Arctic foxes (Vulpes lagopus), also known as the white or polar fox, was seen outside a block of flats.

The exact number of foxes is unclear because they are active and merge into the snowy ground, appearing much like the crystal Vulptices depicted on the fictional mineral world of Crait in the last Star Wars movie ‘The Last Jedi’.

Reports said that the small predators were rummaging through the bins in search of food.

The video was filmed by a passing motorist who, despite playing loud music, did not seem to distract the blizzard of Arctic foxes.

Despite their apparent cuteness, the local authorities advised residents not to approach these animals as they could carry rabies, according to reports.

Local media said the same applies for stray cats and dogs and other wild animals in the northern Russian region.

To find out more about the author, editor or agency that supplied this story – please click below.
Story By:  Darko Manevski, Sub-Editor:  Joseph Golder, Agency: Central European News 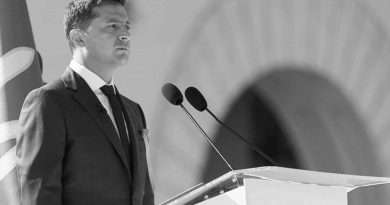 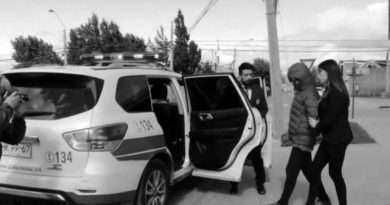 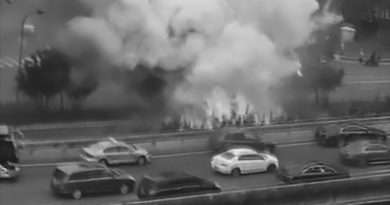