Spanish cops have shared this viral footage – set to the Jurassic Park theme tune – of a man dressed up as a Tyrannosaurus Rex on deserted streets who they stopped for breaking the country’s lockdown.

The bizarre scenes took place in the city of Murcia in the region of the same name in south-eastern Spain when the man was reportedly taking out the bins.

At the start of the virus outbreak in China, there were similar scenes were people used fancy dress costumes as makeshift as Hazmat suits such as Ms He, from Naxi District in Luzhou in south-western China’s Sichuan Province, who had to take her elderly parents to the Southwest Medical University’s Affiliated Hospital of Traditional Chinese Medicine.

Ms He, 38, was photographed wearing the apparently airtight costume over her regular clothing, but still she does not forget to put on a surgical mask which she changes every few hours.

Where her head is, the inflatable costume has a plastic sheet which allows her to see where she is going.

In the video from Spain that appears to follow the same model, a man in a full-length Tyrannosaurus Rex outfit can be seen walking down the street when a police car pulls up next to him.

An officer gets out of the patrol car and speaks to the man after seemingly taking a photo of him.

The pair engage in a chat before the man is sent on his way.

The Murcia Police uploaded the video to social media with the caption saying: “In the state of alarm dogs are allowed to be walked by one person, always short walks to allow them to relieve themselves.

“But you having a Tyrannosaurus Rex complex is not a valid excuse.”

The clip has received over 1.5 million views and one of the top comments seemingly showed another clip of the same man in the outfit.

In that video, he can be seen taking the rubbish out before running back down the street.

Netizen ‘Mr Demus Kratos’ wrote: “And to think that one day Spaniards conquered the new world.”

‘Adrian Gonzalez’ added: “Damn, I don’t know if he should be fined or he should have a statue erected. He brought a smile to my face and I need that these days.”

It is unclear if the man in the video was fined for his actions and if he was wearing the costume as a joke or in some ill-advised bid to protect himself from the virus, as some local media have speculated.

In the case of the Chinese woman, doctors warned her outfit is ultimately ineffective at preventing her from catching the highly infectious pneumonia-like disease.

Her father’s doctor, Ao Suhua, warned: “Decontamination suits are used by medical workers who have prolonged close contact with patients.

“They’re also made from special material which can isolate [the wearer] from pathogens.

“Although Ms He’s ‘hazmat suit’ appears to be airtight, the material likely still allows the virus to come into contact with her.” 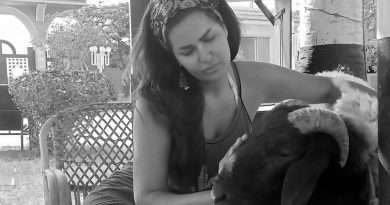 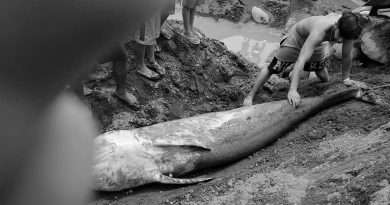 Rare Whale Washes Up Dead With Plastic Blocking Its Gut 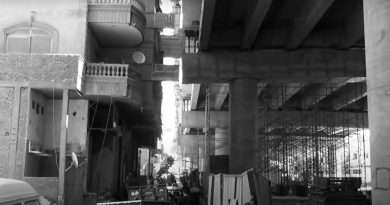