Superstitious locals who put a two-tonne lucky meteorite in a small temple to keep it safe from the elements were shocked to discover it had vanished overnight with no signs showing how it could have been moved.

The huge meteorite was found in the remote area in the early 80s, and after local experts did some tests to confirm it was a meteorite they left it there, forgotten until the villagers decided to build a small temple and put it inside.

That was three years ago and now it has vanished, possibly stolen by someone who realised that there is a huge, lucrative market for meteorites.

Police are now offering a 3,400-GBP reward for any clues regarding the whereabouts of the two-tonne meteorite.

Residents of Beilai Village in the county of Zhaoping in South China’s Guangxi Zhuang Autonomous Region reported their meteorite missing on 27th January.

The iron meteorite measuring 120 centimetres (47 inches) in length and 65 centimetres (25 inches) in diameter was discovered in June 1983 and is the largest space rock to ever be found in the region bordering Vietnam.

The authorities revealed they found no signs of the object having been pushed or dragged away from the concrete pedestal under the temple pavilion where it had been displayed.

Local residents said over a dozen villagers had “rolled” the egg-shaped meteorite into the pavilion in 2015 in order to better preserve it from the elements. It had since become famous, attracting many visitors to the village and boosting local tourism.

Investigators said they believed the rock had been placed on the back of a suspicious pickup truck which was spotted driving through the village in the early hours of the morning.

A statement by local police said an investigation was ongoing, and that they could not share any further information regarding leads.

A public announcement has been issued urging those responsible to turn themselves in before 3rd February in order to be granted leniency.

Members of the public have also been encouraged to provide the police with clues, with authorities promising full anonymity as well as a 30,000-RMB (3,400-GBP) reward. 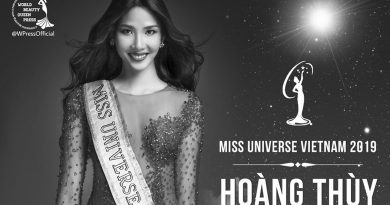 Sex Slave Raped And Tortured For Over 1y In Gypsy Camp