The bodies of 12 civilians – including a baby – who were killed during a brutal Civil War massacre in 1981 when soldiers threw a grenade in the cave they were hiding in are finally being exhumed.

The Instructional Court of San Francisco Gotera ordered the exhumation at a cemetery of the canton of Agua Blanca, in the northeastern El Salvadorian department of Morazan, after hearing the statement of one of the survivors of the El Mozote massacre, named Fidel Perez.

The El Mozote massacre saw the Salvadoran Army kill more than 800 civilians on 11th December 1981 during the country’s Civil War.

Judge Jorge Guzman is searching for new evidence for the massacre and ordered the exhumation.

The witness claimed that around 20 people hid inside a cave in order to escape from the army operation until the soldiers reportedly found them and threw a grenade into the cave, killing them.

The bones of eight of the victims have been exhumed, a further three are waiting to be exhumed while the remains of one of the victims were previously taken to the Junquillo canton to another grave with other victims of the massacre.

A prosecutor told reporters: “Of those 12 people, four were men and eight women, including five children (two boys and three girls), one of whom was only three days old. The ages of the victims are between one, 7, 12 and 14 years old and it is believed they will be found in the place.”

The remains will undergo genetic tests in order to check their identity.

Reports state that among the victims are the mother and sister of the witness. The witness’s sister was reportedly the three-day-old victim.

The incident comes as the families of the victims of the massacre are demanding justice.

Witness Perez said: “Our fight is flying the flag of truth, to have justice done, to have reparations and that incidents like this will never happen again.”

Perez reportedly fainted in the attack and was not badly injured. When he came to he saw his mum and his sister were among the victims.

The eight survivors of the grenade buried their loved ones and fled the scene as they were scared the soldiers could go back for them. The remains were left there until 1994, when they were then taken to the cemetery where the exhumation is taking place.

Research from the Commission of the Truth from the United Nations concluded that between 10 and 13 December 1981, soldiers tortured and executed more than 1,000 villagers in the area of El Mozote and other nearby places in the department of Morazan in search for guerrilla members.

Sixteen retired army officers, among them the former minister of Defence of El Salvador, Jose Guillermo Garcia, are accused of planning and ordering the massacre.

However, none of them will go to prison if Congress passes a new law granting amnesty to those responsible for the crimes of the Civil War, not only army officers but also guerrilla fighters.

The initiative belongs to the ‘Law of Reconciliation’, the main purpose of which is to give reparations to the victims and bring an end ongoing effects of the conflict which left 75,000 people dead, around 8,000 missing people. The law is expected to be passed soon.

Experts in human rights believe the law will not stop the guilty parties being condemned but could mean they avoid jail time, instead being handed community work or house arrest.

Maria Nunez de Markez, 61, whose parents-in-law and five siblings of her husband were killed in El Mozote, said to local media: “I hope justice is done, because they were not animals killed here”. 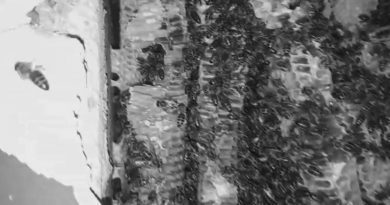 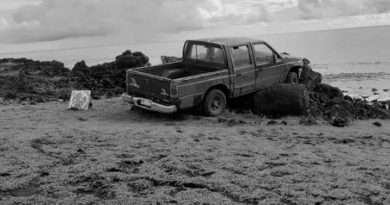 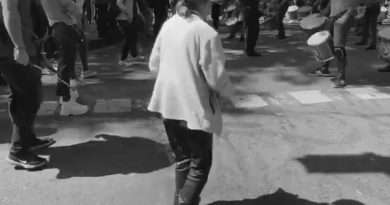