Spanish officials are investigating whether a British tourist may be the first foreign national to become infected with listeria as an outbreak of the infection is gripping the country’s holiday spots.

According to local media, the man consumed meat while on holiday in the city Seville, in Andalusia, southern Spain as a listeriosis outbreak sweeps the region.

The man, whose name and age have not been revealed, was later diagnosed with the bacterial infection listeriosis after he arrived in France where he was hospitalised. Listeriosis can cause severe illness, including severe sepsis, meningitis and sometimes results in lifelong harm or even death.

Fernando Simon, Director of the Alert and Health Emergency Coordination centre has confirmed that an investigation into the first possible case of listeriosis in a foreign national has been launched.

In a press conference, Simon said that the tourist was hospitalised in France for “one or two days” before being released.

After being notified on Friday, the health department has yet to confirm whether the man’s case is similar to the other cases of listeria infections in Spain.

Simon also said: “Obviously, cases of foreign nationals are being discovered now, and their corresponding countries have been notified.”

The director also claimed that the outbreak is decreasing but “there could be a surge.”

Simon further added that the Spanish disease control system is “good but could be better” and that the amount of the bacteria listeria found in the products of meat producer Magrudis was not a “small mistake”.

The current outbreak reportedly stems from meat products produced by Spanish meat producer Margudis. The Spanish Health Ministry report there have been 193 confirmed cases of listeriosis in Andalusia, as well two confirmed cases in the regions of Aragon and Extremadura.

Simon added: “There is bacteria all around and there are mechanisms to eliminate it. Packed meat should not have listeria once it has left the company.”

The Spanish Veterinary Business Confederation said in a press statement on Monday that two cases of listeriosis in dogs had been detected.

The first case was reportedly a greyhound dog, aged ten, that lives with a family whose members were hospitalised in Malaga, in the southern Spanish region of Andalusia.

The cause was reportedly a listeria outbreak originating from the same meat brand.

The second was registered in Seville, where a dog reportedly ate meat from rubbish that its owners had thrown out.

The organisation has requested that the owners of animals which could have been in contact with contaminated meat and are showing symptoms should be taken to a vet. 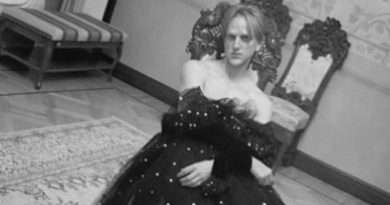 Vogue Russia Trolled For US Male Ballet Dancer In Frock