The 60-year-old British dog trainer who spent five days and four sleepless nights at an animal shelter to highlight the life of a stray dog has said he was sad to leave his four-legged companions.

David Reid, who lives in Achna in the district of Famagusta in Cyprus, was first locked up in the Aradippou shelter with around 30 other dogs on 24th February.

He wanted to show what happens to an abandoned dog by spending four nights and five days in a cage at the shelter.

According to local media, the first thing Reid did after leaving the shelter was enjoy a proper lunch after days of eating pre-packaged military meals.

The Brit told local media that he was sad to leave the animals, adding: “I am a little tired but otherwise I am good.”

However, he admitted that the ordeal has left him sleep deprived.

Reid said: “You think you are going to sleep and then something happens. With so many dogs barking, you don’t get a full hour of sleep.

The dog trainer also said that his work is not done at the shelter.

The 60-year-old told local media: “I will go back to work more on the dogs who still fear humans.”

He added: “Those dogs need to be re-homed quickly.”

While locked up with the animals, Reid said that he spent a lot of time with a female German shepherd that had undergone operations after being hit by a car.

He commented: “She was curling up against me the whole night.”

The project was supported by Anna Georghallides of the Elafi Animal Welfare Awards who posted daily updates on their website.

According to local media, footage of Reid’s accomplishment will be sent to a producer to make a 10-minute video which will be posted on Elafi’s website.

Meanwhile, Reid said that he plans to carry out a similar project at a cat shelter to raise awareness about stray felines in Cyprus.

According to one shelter worker, a stray dog spends a minimum of 15 days in the refuge and if the owner is not found in that time, they go up for adoption. However, it can take months or years to find a home. 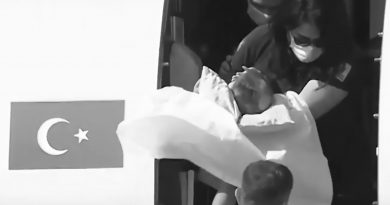 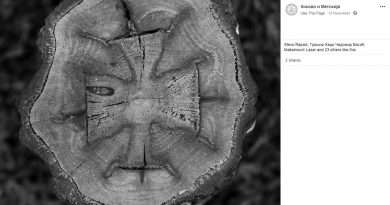 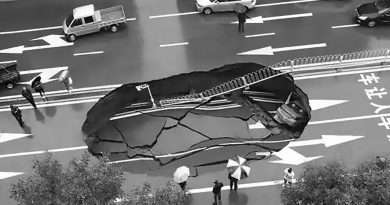 Taxi Swallowed By 2,000 Sq Ft Sinkhole In Middle Of Road