Parents of this two-year-old boy are struggling to come to terms with the fact that he has died after being bitten on the neck by a mystery animal that the father believes was a centipede as he slept.

Medics believe the bite marks from the mystery animal were the reason the boy died after they swelled and led to massive organ failure, but they are baffled as to what caused the bites, and an autopsy has been ordered to try and shed more light on the matter.

Centipede bites in which they inject venom into the wound are rarely fatal but are regarded as particularly dangerous for children, especially if they develop an allergic reaction and the autopsy will confirm if this is the case.

The incident took place in the town of Salete, in the Itajai valley, in the northeastern part of the state of Santa Catarina, in southern Brazil.

It is believed that Brayan Gabriel Duarte dos Santos, 2, was bitten while he was asleep, according to local media outlet Metropoles.

Brayan’s mum, Marisete dos Santos, at first thought her son had a bruise and did not immediately notice the bites, so they decided, first, to get help from the nearest pharmacy, according to local media outlet ND+. The pharmacist told them to take the boy to hospital.

The child was taken to the Alto Vale Regional Hospital on Saturday (11th September) where the strange bite marks on his neck and swelling were treated but he died a day later on Sunday after his health condition worsened despite being transferred to the intensive care unit.

Whatever the bite marks were, it reportedly caused massive organ failure and eventually death when his heart appears to have failed.

Now experts in the city of Lages are working to determine what caused the bite marks and if they are as suspected from a centipede and more importantly, the reason that the boy died.

His father Ishmael Duarte, 30, told ND+: “Talking about him is what hurts me the most. Wherever he passed he only brought joy. Now the prayers have comforted me a little.”

He added: “Now I just want to see how it goes from now on. He was a very dear person, loved by everyone wherever he went, we were always together, playing, every day I picked him up, took him to school… It’s very difficult.” 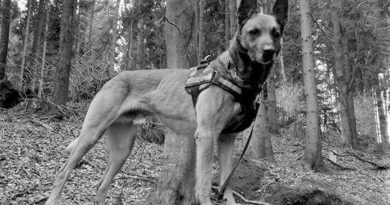 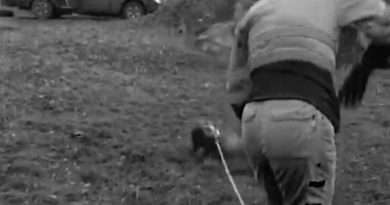 Fat Badger That Feasted On Frogs Is Freed From Well 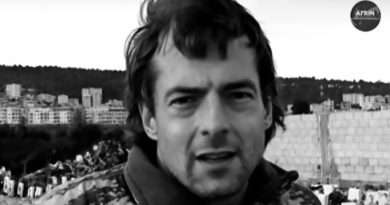 Brit Who Fought IS In Syria Dead At 42