This Bosnian beauty queen and singer broke both her legs after allegedly shooting a hotel owner dead and then jumping out of a third-floor window to escape.

But police say that he was allegedly shot more than once, and if it was an accident it does not explain why she then jumped out of a third-floor window at the Villa Ivankovic in the Bosnian city of Mostar.

She was reportedly hoping to land in the nearby River Buna, and somehow broke her legs in the process although it is unclear she missed the river or landed in water that was too shallow.

She was pictured being taken to a police station in a wheelchair with both legs in plaster and an orange cloth over her head, and officers had to lift her up the steps as the station has no wheelchair access.

Cops were called after reports of gunshots and arrested one man at the scene. Sunita was arrested a short while later.

It is unclear what her relationship was with the dead man but locals said she was a regular at his hotel and might possibly have been his girlfriend.

Sunita is a controversial character, twice reported in the recent past for alleged assault, and was also in the headlines when she claimed she was pregnant by Serbian folk singer Stefan Jakovljevic.

She is currently in investigative custody pending an autopsy on the body and further questioning. 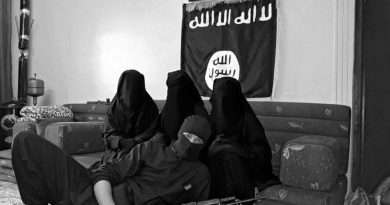 Sorry Girl Married ISIS Terrorist To Be 3rd Wife At 15 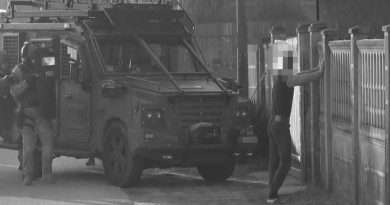 Mortar Shell Explodes After 2 Men Leave It On Gas Stove 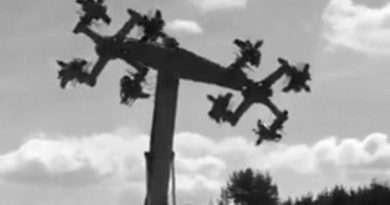