A cheeky artist has been slammed for passing off an ordinary glass of water on a shelf as a creative piece of art.

But the artwork, which forms part of an exhibition called ‘Plastica Contemporanea Queretana’ (Contemporary Plastic Queretana) does not appear to have gone down well with visitors.

Many said if it was not for the sign, reading ‘do not touch’, and an explanatory card telling the story of the piece, they would have mistaken it for a forgotten drink.

And several online commentators created memes on social media to show off their own artistic talents.

Netizen ‘Marco Malacara’ shared a photo of a pile of glasses with the comment: “These were the works of art I picked up from my daughter’s room.”

‘Lou mtz’ shared a picture of bird droppings – in the shape of a bird – on the window of a car, commenting: “This is the best!!!”

And ‘Mr. Orange’ posted a photograph of an empty white plate with the caption: “A preview of your next exhibition.”

Mr Olvera, a local artist, explained the glass, which contained only a small amount of water, was only part of his contribution to the exhibition.

His work was supposed to also consist of a painting of the glass of water on canvas, and the brushes and paints used to create it.

But this part of the display was damaged by two young visitors who, seeing the easel and brushes, thought it was an interactive exhibit and added their own brushstrokes to it.

Mr Olvera condemned the gallery’s security guards for failing to protect his artwork. 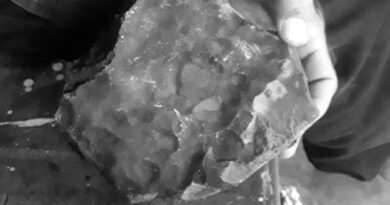 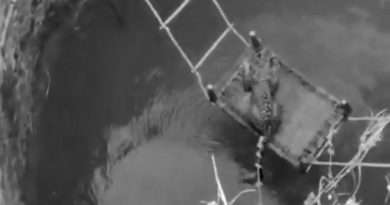 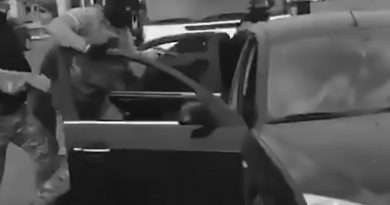