This Auschwitz survivor has opened up on how Russian troops “cried” at the “mountains of dead bodies” after they found him weighing just 84 lbs in the Nazi concentration camp.

David Galante, 94, was reportedly captured on the Greek island of Rhodes by Nazi soldiers who took him together with his parents and three of his five siblings to the Auschwitz concentration camp in German-occupied Poland in 1944.

Galante told local media: “Rhodes was an island full of a lot of Jews and they came and acted following their methods. They took me with all my family, my father, my mother and three of my five siblings.”

According to the Auschwitz survivor, he was taken to Athens and then to the concentration camp while many of those who travelled with him could not stand the starvation and the thirst.

Galante said: “It took 27 days of travelling, by train, lorries, boats and on foot. When we arrived at the camp a large number of the people had disappeared.”

In the concentration camp, he was separated from his family who died at the camp except for one brother.

He says the conditions in the concentration camp were very difficult and many did not understand what was happening as there was a language barrier.

Galante thinks he survived because he was lucky and because he managed to avoid execution by hiding several times.

“We were travelling in a caravan of vehicles and we crossed a bridge and I run and I threw myself under the bridge. I do not know what happened with the rest of the people but they did not live.”

He also said they were marked by the Nazi guards with a number that he could barely understand as he was shouted at in German.

“When you reached the camp they stop using your name and they tattooed a number on you. Mine was B7328. They called you by the number and we did not understand German.”

He said: “The Russians came and when they saw the mountains of dead bodies they started crying.”

After two months recovering in a hospital in the concentration camp occupied by the Russians, he was enlisted as a soldier but he escaped to Greece and met his brother Moshe who had also survived and was in Italy.

The pair then fled Europe to Argentina to start a new life.

He said: “We travelled (to Argentina) illegally in a boat for 50 days. It was forbidden for Jews but we hid and survived.”

Galante says he was unable to speak about what happened for 50 years and he was relieved when he told a priest who was his friend. He still lives in Argentina.

He said: “We have to talk and keep speaking about what happened so people know.” 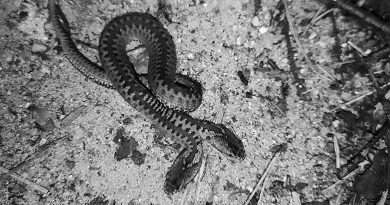 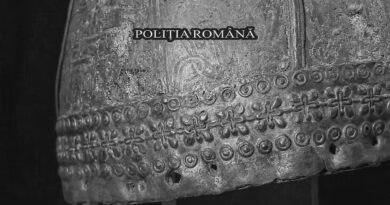