An art critic has come under fire after she allegedly put a half-drunk can on a 15,000-GBP artwork that then disintegrated into thousands of pieces at an art exhibition that she had earlier panned.

Art critic Avelina Lesper was accused of destroying the artwork intentionally, although she claimed the incident was accidental and due to its flimsy structure, according to reports.

The artwork, titled ‘Nimble and Sinister Trick’, was produced by artist Gabriel Rico and was on show at the Gallery OMR in the Centro Citibanamex located in the central Mexican capital Mexico City as part of the Zona Maco contemporary art exhibition.

Lesper told local media: “The artwork exploded when I placed an empty drink can near it. I did not attack it nor was I violent. As a critic, I was holding an empty drink can, I tried to put it on one of the stones (that formed part of the artwork) and it exploded, smashing into pieces.”

According to witnesses, there were glass shards everywhere in the gallery, and at first visitors thought it was part of a performance.

However, when they saw Lesper reportedly being escorted off the premises by security guards, they realised it was not intentional.

The critic was accompanied by artist Pavel Eguez at the time, who said: “The glass containing the other items exploded.”

He added that “the glass was too thin and the weak structure caused it.”

According to local media, Lesper said that she suggested the gallery leave the piece shattered to show its evolution. When they rejected the idea, she then offered to repair it.

Gallery director Cristobal Riestra said: “It is disrespectful to place a drink can on a work of art.”

Riestra has reportedly contacted the artist who said that he would not reproduce the piece as he could not guarantee it would turn out exactly the same as the original.

Hours before the incident, Lesper wrote an article slamming the Zona Maco contemporary art exhibition, according to reports. 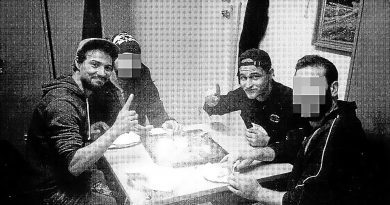 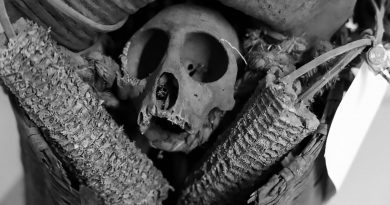 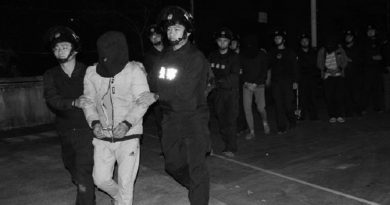