A female fawn who lost half of its leg to a crop mower has been rescued by an animal shelter in Austria.

When very young, fawns are often left hiding in tall grass by their mothers while they forage, and tragically many fall prey to mowing machines as they tend to sit still instead of running away as they approach, relying on their natural camouflage to hide them.

However, tragically, this survival instinct does not protect them from death or serious injury from the machinery.

The Tierparadies Schabenreith animal shelter from the Steinbach am Ziehberg municipality in the Kirchdorf an der Krems district in Upper Austria rescued this young fawn after half of its right hindleg was mutilated by a crop mower.

The now three-legged fawn, which was initially named Angelo, was later given the name Pu-Reh after caregivers found out it was female.

Officials from the Tierparadies Schabenreith reported that Pu-Reh that is three to four-weeks-old and refused food and water at first, with vets not certain whether it would survive an amputation surgery.

Doris Hofner-Foltin from the animal shelter told Newsflash: “Pu-Reh showed a great will to live and was in a very good shape, so we decided to do the operation and give it a chance.”

The operation was successfully carried out by Dr Kimberger-Doringen, after which Pu-Reh woke up from the anaesthesia without any post-op complications.

Following a bandage change two days later, the animal keepers from the shelter were pleased to see that the wound is healing well.

After its wound heals Pu-Reh will remain living in a secured area within the animal shelter as the three legs would leave it too much of a disadvantage in the wild.

The Tierparadies Schabenreith team reported that they will do everything in their power to help the fawn to learn how to walk on its own again.

The animal shelter said the disabled fawn should be a reminder for farmers to take extra care when mowing, although it is close to impossible to detect the well-camouflaged baby deer.

In recent years some farms have started using drones with heat-seeking scanners to make sure fields are clear before starting to cut grass. 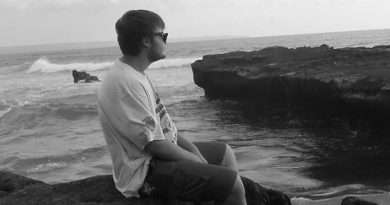 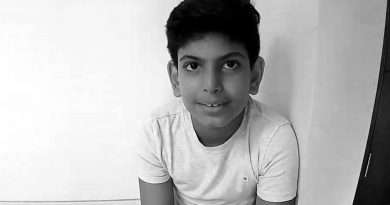 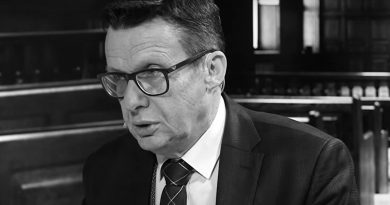