This is the Spanish actress who claims she rejected “the chance to pose as Tom Cruise’s girlfriend” which was “offered” to her by a Hollywood agent to help her career.

Spanish-born movie star Maria Asuncion Rodes Serna, 62, made the claim during an interview with the magazine ‘Corazon Hoy’.

Serna did not name which Hollywood agent approached her, but she stated: “Yes, I was offered the chance to pose as Tom Cruise’s girlfriend to get me known.

“A Hollywood agent chased after me and offered me the chance. It is quite common as people tell a lot of lies in Hollywood and some pretend to be something they are not.”

However, the actress rejected the offer as she wanted to work in Hollywood “without jumping through hoops”.

Rumours have long surrounded Tom Cruise’s love life as his relationships are often clouded in mystery, even long after they have ended.

The Hollywood legend has had high-profile relationships with megastars such as Nicole Kidman, Katie Holmes and Penelope Cruz.

Serna said “I do” to Scottish actor Scott Cleverdon in 1993. The two live together between Los Angeles and Europe and run an acting workshop together. Cleverdon is best known for playing the angel Pyriel in The Prophecy 3: The Ascent (2000).

Serna was born in Barcelona, a city located in north-eastern Spain in the autonomous community Catalonia.

She starred alongside Antonio Banderas in Pedro Almodovar’s 1986 film ‘Matador’ and also appeared in other movies such as ‘Wild Orchid’ (1990) and ‘The Craft’ (1996).

Serna also worked on US TV shows such as ‘Falcon Crest’ and most recently, the Spanish hit comedy ‘Aqui No Hay Quien Viva’ (‘Nobody Can Live Here’). 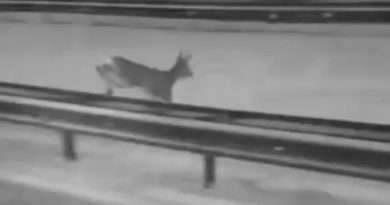