A husband has been arrested for allegedly beating his pretty wife to death in front of their children before sending sick snaps of her dead body to pals.

The victim, identified as Svetlana Sergeeva, married the suspect in July 2018 and allegedly suffered continued domestic abuse at his hands.

She lived with the suspect, identified as Dmitry, and her three children in a flat in the city of Zlatoust in the south-western Russian region of Chelyabinsk Oblast.

Sergeeva, who had already been divorced, was determined to have a successful marriage at the second attempt, however things did not go as planned and Dmitry allegedly turned out to be abusive towards her and the children, according to local media.

The victim’s unnamed father even claimed that Dmitry allegedly broke his daughter’s arm during one attack.

Sergeeva often opened up to her friends about the alleged abuse, who knew that Dmitry also allegedly tortured their children, especially her middle son Matvey, 5.

He allegedly used to hold the boy upside down and violently shake him.

According to reports, on the day of Sergeeva’s death, the suspect allegedly beat her in front of Matvey and the 10-month-old daughter the couple had together. It is unclear where he oldest child was at the time.

The victim’s body was discovered the next morning with a broken neck and smashed skull, according to local media.

Sergeeva’s father said that Dmitry took photos of his murdered wife’s body and sent them to friends.

According to reports, it is possible that the suspect may avoid murder charges as forensics experts believe the cause of Sergeeva’s death was a heart attack and not from the injuries she sustained during the alleged attack. 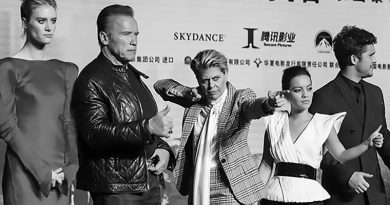 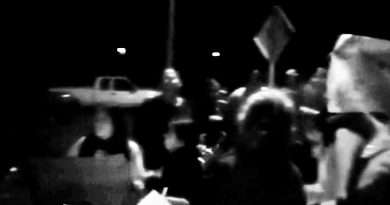 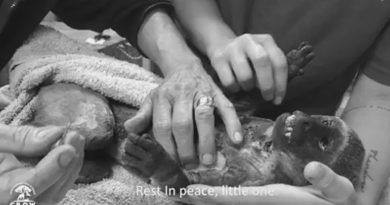