The 91-year-old Instagram globetrotter with over 178,000 followers who started travelling around the world at the age of 83 has died of lung cancer.

Elena Yerkhova from the central Russian city of Krasnoyarsk rose to fame in 2016 after she met young Russian tourist Ekaterina Papina in Vietnam. Ekaterina was amazed by the old woman’s spirit and helped her to start an Instagram account.

Elena called herself ‘Baba Lena’ (Granny Lena) online and amassed over 178,000 followers on social media as she travelled around the world, visiting Vietnam, Thailand, Poland, Czech Republic, Vietnam and Germany among others.

The OAP was always positive despite suffering from terminal lung cancer for years. She wrote her last post on 8th December sending her thanks to her followers from Brazil who had invited her to visit the country.

Despite her condition Elena can still be seen smiling in the photo she posted with the message: “Thank you so much for your kind words and well wishes! I will definitely come to Brazil.”

The travelling pensioner died in hospital yesterday [Thursday] and doctor Andrey Modestov said: “She was in a very grave condition. We did what we could.”

Elena Yerkhova started travelling around the globe eight years ago after deciding she had not seen enough of the world.

She said: “My friends asked me why I never went travelling. They told me ‘you have the money’ and I thought ‘why not?”

Ekaterina Papina, who helped make the granny famous, said: “I was on holiday in Vietnam. I was having dinner when I heard Russian and I saw that an old lady was trying to tell the waiter that her soup was too spicy.

“I helped her and it turned out she came to Vietnam on her own and we made friends. I was surprised by the way she was so adventurous in her thinking and how clear and bright she is at her age.”

She added that she had been amazed about what the granny got up to, for example taking a swim in the stormy sea where they were worried she might get washed away. Elena had gone in with a friend to hold onto her.

Elena was saving money from her pension and travelled twice a year. She was best friends with her local travel agent who said she was the only customer they had who was regularly brave enough to travel to places up to 7,000 kilometres (4,349 miles) away.

Elena has a daughter and two grandchildren. She said that her life had not been that good with her husband as he was a violent drunkard who would often attack her and her daughter, and she lived on her own after eventually leaving him.

Local TV have now been running a story about the OAP’s travels. She told them that she lost her parents when she was three, and World War II started when she was 14. During the war she had worked on the front, and she said the secret to a long life is simply not to stop.

To find out more about the author, editor or agency that supplied this story – please click below.
Story By: Sergey Panashchuk, Sub-Editor:Joseph Golder,  Agency: Central European News 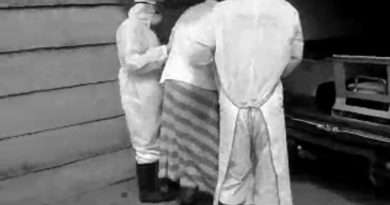 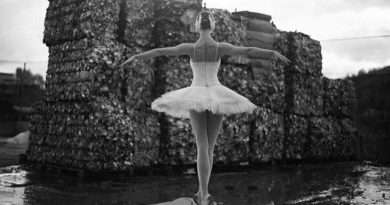 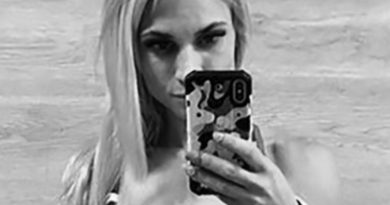